Israel, Egypt and European Union in Cairo on Wednesday, 15 June, signed a Memorandum of Understanding (MoU) for the export of natural gas to Europe. 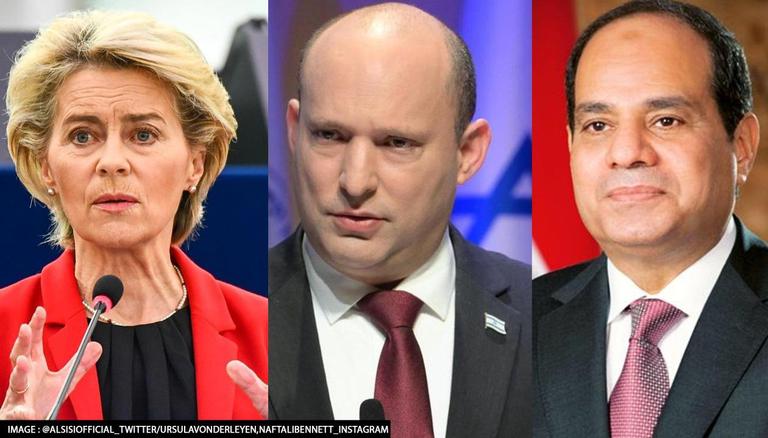 
In a major development, Israel, Egypt and European Union in Cairo on Wednesday, 15 June, signed a trilateral Memorandum of Understanding (MoU) for the export of natural gas to Europe. The natural gas from Egypt, Israel will be exported to Europe through Egypt's LNG infrastructure.

Under the agreement, the three signatory parties will work for the delivery of natural gas based on long-term decarbonisation objectives and market-oriented pricing. The EU, Egypt and Israel will work to reduce methane emissions and analyse advanced technologies for reducing venting and identifying possibilities for the usage of obtained methane throughout the supply chain. According to the statement released by the Israeli government, the agreement will remain valid for three years, after which it will be automatically renewed for another two years.

The MoU includes measures that will enable accelerated implementation, including a clause which will motivate European companies to invest in projects for the exploration and production of natural gas in Israel and Egypt, as per the statement. The development comes as Europe continues to make efforts to reduce its dependency on Russian energy after Moscow launched a military offensive in Ukraine on February 24. It is pertinent to note here that ever since the Russian invasion of Ukraine, the European Union has been imposing sanctions against Russia.

Calling it a "historical moment", Israeli Energy and Water Resources Minister, Karine Elharrar, stressed that the MoU will enable Israel to export its natural gas to Europe for the first time. In her statement,  Karine Elharrar said, "This is a historical moment in which the small country of Israel becomes a significant player in the global energy market." The European Commissioner for Energy Kadri Simson called it a "historic day" for the European Union's energy security." Taking to her official Twitter handle, Simson stressed that the agreement with Egypt and Israel will allow the EU to import Liquefied natural gas from Israel and the Mediterranean region using the Egyptian LNG infrastructure. European Commission President Ursula von der Leyen welcomed the signing of an agreement between Egypt, the EU and Israel. Taking to her official Twitter handle, Leyen said that the agreement will allow stable delivery of natural gas to the EU.

This is a historic day for the #EU’s energy engagement & #energysecurity: signing the #MoU with #Egypt🇪🇬 & #Israel 🇮🇱, two reliable, strategic partners. We will be able to count on #LNG from Israel & the Mediterranean region via the Egyptian LNG infrastructure. #REPowerEU pic.twitter.com/LcWEaAbjhm

With this 🇪🇺🇪🇬🇮🇱 agreement we will work on the stable delivery of natural gas to the EU from the East Med region.

This will contribute to our 🇪🇺 energy security.

And we are building infrastructure fit for renewables - the energy of the future. pic.twitter.com/GYFPXwFpsp