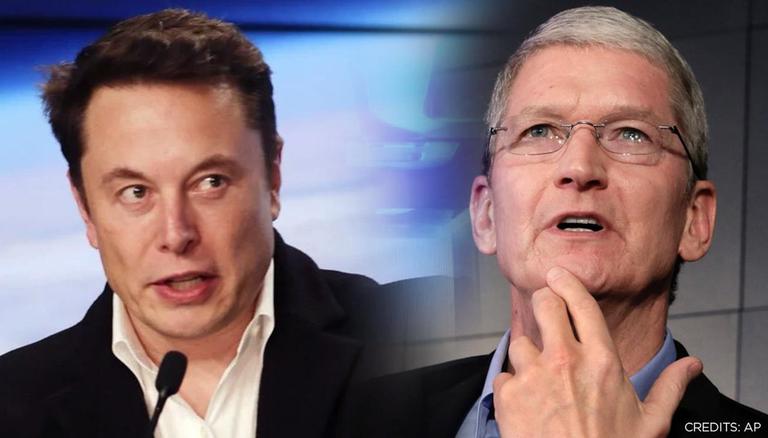 
Cryptocurrency aficionado and self-declared ‘technoking’ Elon Musk has been at the center of several controversies in the past. Now, in the latest addition to the list, the 50-year-old has been accused of maneuvering his moves to replace Tim Cook as the Chief Executive of Apple Inc. It all began when Tim Higgins described a 2016 phone conversation between the two tech billionaires in his popular book Power Play: Tesla, Elon Musk; and the Bet of the Century.

What did the book say?

Reiterating his stance, Musk on Friday, July 30, made an elaborate tweet clarifying that no conversation, ‘spoken or written”, happened. He described a point wherein he expressed his desire to meet Cook, however, the latter declined his request. Musk also said that although he proposed the idea of Apple acquiring Tesla, there were no conditions on the same.

READ | Elon Musk wanted to be Apple's CEO once, but Tim Cook refused to meet him?

Cook & I have never spoken or written to each other ever.

There was a point where I requested to meet with Cook to talk about Apple buying Tesla. There were no conditions of acquisition proposed whatsoever.

He refused to meet. Tesla was worth about 6% of today’s value.

Meanwhile, Musk also stepped ahead to declare that content published in Higgin’s book is false and fabricated. “Higgins managed to make his book both false *and* boring,” the SpaceX founder quipped in a tweet. Previously, Los Angeles Times had reported that whilst the book was being written, Musk apparently tried to dash cold water on it and told Higgins that much of the book was “nonsense.”

Higgins managed to make his book both false *and* boring 🤣🤣

This comes as Musk said that Tesla wants to launch cars in India, however, the nation’s import duties on EVs (Electric Vehicles) are “highest in the world by far”. Tesla has already announced its entry in India and even registered the company in Bengaluru in January this year. However, EV car enthusiasts are still eagerly waiting for the car to be visible on Indian roads. Twitter user and YouTuber Madan Gowri reached out to the Tesla chief himself on Twitter and demanded him to launch Tesla cars in India.

READ | Woman thanks Elon Musk for following her on Twitter; he responds 'Sorry, accidental tap'

WE RECOMMEND
Woman thanks Elon Musk for following her on Twitter; he responds 'Sorry, accidental tap'
Paytm founder calls out Google Play Store fees after Elon Musk slams Apple App Store's tax
'We want to, but...': Elon Musk reveals what's keeping Tesla from launching in India
Tesla chief Elon Musk Claims He Has "Chipmunk Cheeks.", Click Here to Know What That Means
Elon Musk admits, 'I dig my own grave' in a hilarious Twitter banter on his controversies