Tesla and SpaceX CEO Elon Musk on July 15 graced Twitter with an adorable picture of his son X Æ A-XII, which has prompted people to share wonderful comments. 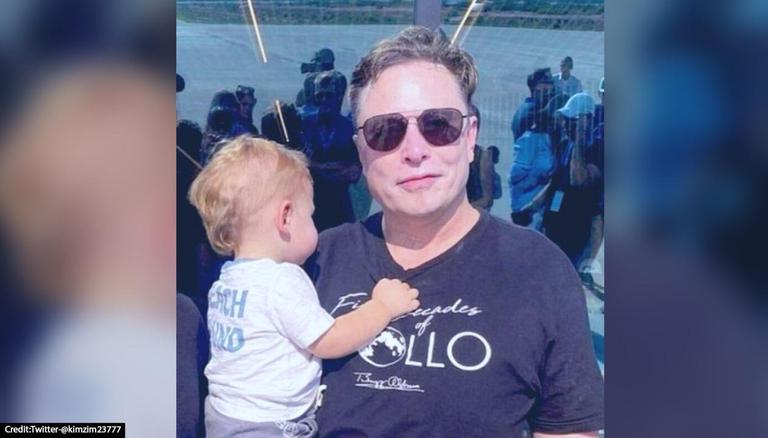 
Tesla and SpaceX CEO Elon Musk on July 15 graced Twitter with an adorable picture of his son X Æ A-XII, which has prompted people to share wonderful comments. Musk welcomed his first child with Candian singer Grimes on May 5 last year. In the past week, he has been busy with appearing in court in the SolarCity trial and meeting Richard Branson before his space flight, however, the Tesla chief did manage to take time out for some “light reading” with his son.

While taking to the social media platform, Musk shared a picture of his one-year-old son “reading” a book on airplanes. In the image, one can see that the book is open to a page dedicated to Lockheed A-12 - the airplane that served as an inspiration for the toddler’s unique name. It also shows Musk’s son, dressed in a tee and pants, while crawling over the book.

Since shared, the post has garnered over 116,000 likes and thousands of comments. Musk even replied to some of the users, while Aerospace company Lockheed Martin suggested some further reading for the one-year-old to explore. It is worth noting that Grimes had previously revealed that her son's name is a tribute to the Lockheed A-12, a precursor to the SR-71 Blackbird. 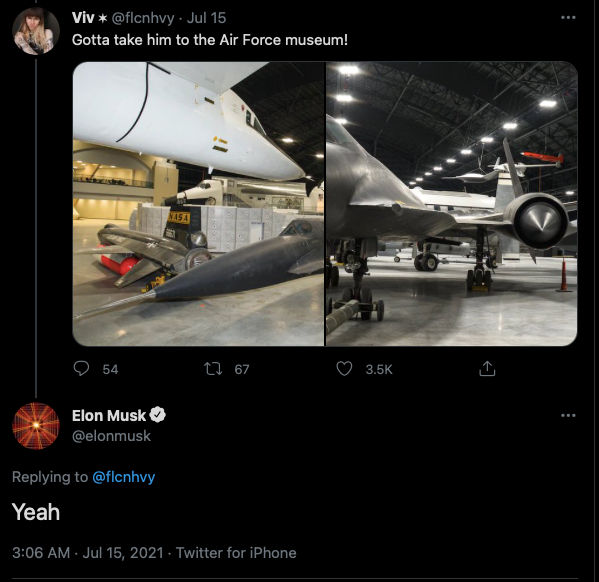 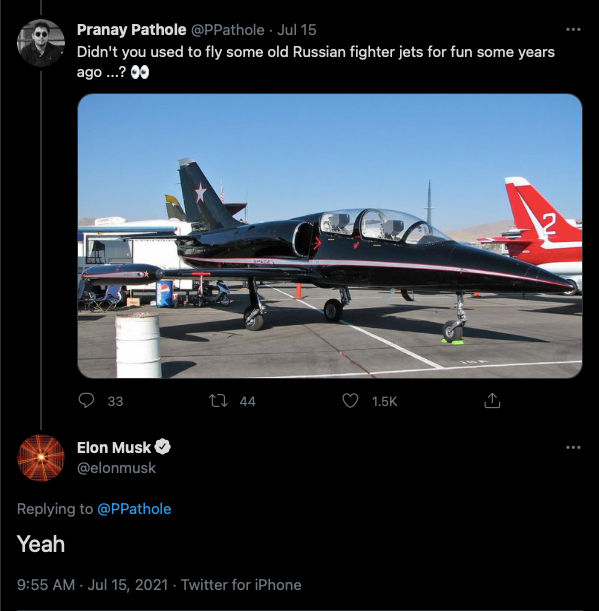 Meanwhile, others said, “He will be reading entire physics textbooks by the time he is 5”. Another added, “Like this post”. “Does he know his dad is superman?” shared a third.

does lilx already have its space suit for mars ? @DaddyDOGEtoken

Take him to the Intrepid museum in NYC! I just recently went and saw the A-12. It’s awesome ✈️ pic.twitter.com/bOL3zhAOyB

While explaining the reason behind naming his child with partner Grimes ‘X Æ A-Xii’, Musk termed ‘A-12’ as the “coolest plane ever” and hence, included the same in the name. Responding to a question asked about his son’s name on ‘The Joe Rogan Experience’, Musk said, “First of all, my partner’s the one that mostly came up with the name. I mean it’s just X, the letter X, and the ‘Æ’ is pronounced, ‘Ash,’ and then, A-12 is my contribution.” He then elaborated that ‘A-12’ stood for “Archangel 12, the precursor to the SR-71, coolest plane ever”.