Ethereum’s co-founder Vitalik Buterin who is also the youngest known crypto billionaire has donated over $1 billion in crypto to the Indian COVID Relief Fund. 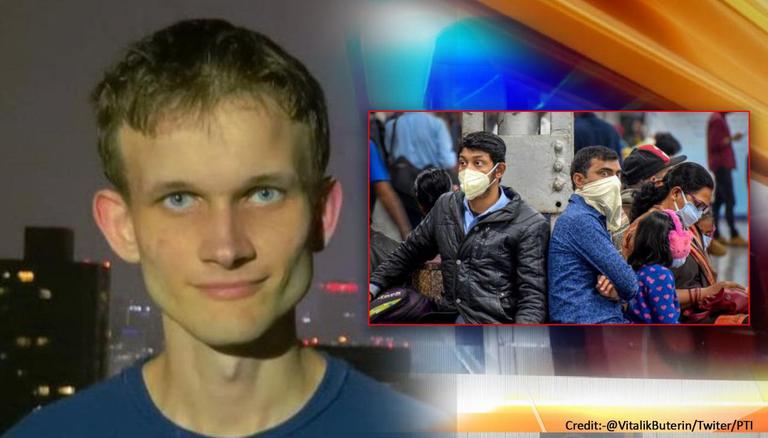 
The second-largest cryptocurrency by market capitalization, Ethereum’s co-founder Vitalik Buterin who is also the youngest known crypto billionaire donated over $1 billion in crypto to India's COVID Relief Fund along with a range of other charities, reported Forbes on May 12. As per the report, he donated the amount by offloading massive amounts of dog-themed meme tokens that he was gifted by the creators of Shiba Inu coin (SHIB), Dogelon (ELON) and Akita Inu (AKITA). These cryptocurrencies spiked after Dogecoin’s staggering rally of the last few months despite being copycats.

Reportedly, Buterin transferred 50 trillion SHIB tokens in a single donation that worth $1.2 billion as of May 12, 16:37 PM ET to the India COVID Relief Fund set by the Indian tech entrepreneur Sandeep Nailwal who is best known for being co-founder and COO of Polygon. Buterin’s latest donation came after earlier in April Ethereum donated about $600,000 in ether and maker (MKR) tokens to the same fund. Following Buterin’s donation. Nailwal thanked him on Twitter and assured SHIB investors that the sum would be spent responsibly.

We will act responsibly!

Ethereum’s figurehead sent nearly $441 million of AKITA to Gitcoin which is an open-source bounties platform on Ethereum from blockchain data provider Etherscan. Further, the notable donations that amount to millions of dollars reportedly include gifts to GiveWell, a non-profit charity evaluator, Methuselah Foundation that focuses on extending the human lifespan. In addition, donations were made to Machine Intelligence Research Institute, which focused on developing safe artificial intelligence (AI) technologies.

As per the report, these tokens were given to Buterin on the premise that he would not sell them. Over the past year, anonymous developers of Shiba Token have reportedly sent 50% of the SHIB token to supply ti Ethererum’s co-founder. The coin’s official website has also stated that the 50% of the total supply “was burned to Vitalik Buterin” implying that the tokens have been permanently removed from the circulation or at least it was what developers presumably envisioned. However, actual aid received by charities through Buterin’s donation might be much less than that the intended amounts due to the prices of the tokens plunging following his move.