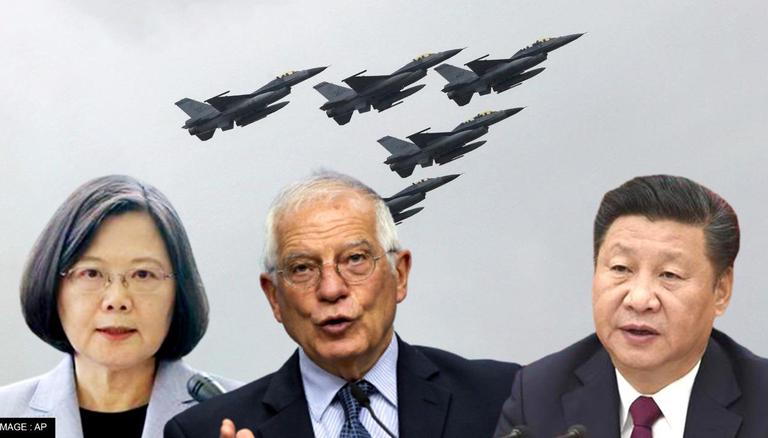 
European Union (EU) foreign policy chief Josep Borrell, on Thursday, called China’s large-scale military drills “unjustified” as Beijing moved to boast its army following US House Speaker Nancy Pelosi’s visit to Taiwan. Taking to Twitter, the EU’s top diplomat said, “There is no justification to use a visit as pretext for aggressive military activity in the Taiwan Strait. It is normal and routine for legislators from our countries to travel internationally.”

“We encourage all parties to remain calm, exercise restraint, act with transparency”, he added.

There is no justification to use a visit as pretext for aggressive military activity in the Taiwan Strait. It is normal and routine for legislators from our countries to travel internationally.

We encourage all parties to remain calm, exercise restraint, act with transparency. https://t.co/b760G8L0J4

China claims Taiwan as its own “breakaway province” and Pelosi’s unannounced visit to the island not only sparked tensions in the region but also deteriorated Washington and Beijing’s already tense relationship. China issued back-to-back condemnations of Pelosi’s visit and pledged that the US would “pay the price” for “hurting” Beijing’s sovereignty. The US House Speaker, however, received a euphoric welcome in Taiwan before she cemented the narrative that the US stands in strong support for Taipei.

In the wake of China launching its large-scale military exercises encircling Taiwan, the island’s military said that it is “preparing for war without seeking war” in the aftermath of US House Speaker Nancy Pelosi’s unannounced trip to Taipei. On Thursday, Chinese state broadcaster CCTV announced that China's People’s Liberation Army (PLA) had begun an “important military training exercise and organised live fire” including missile tests.

The broadcaster reported that during the planned military drills, just two days after Pelosi arrived in Taiwan and left within 18 hours, at least six major areas around the island were selected. However, just minutes before the drills began, Taiwan’s department of defence issued a statement accusing China of “irrational behaviour” with its live-fire exercises and said that they had “the intention of changing the status quo and disrupting regional peace and stability”.

“The ministry of national defence stresses that it will uphold the principle of preparing for war without seeking war, and with an attitude of not escalating conflict and causing disputes,” Taiwan's military said.

“The national army will continue to strengthen its alert, and troops at all levels will conduct daily training", it added.

China to test missiles in its military drills

In what is being deemed as China bolstering its military might over its dissatisfaction with Pelosi’s Taiwan visit, the People’s Liberation Army (PLA) had begun military manoeuvres on Tuesday night before announcing a flurry of trade sanctions on the island. Chinese military activity around Taiwan continued on Wednesday and the island’s defence ministry reported multiple intrusions of its air space by Beijing. According to Taiwan’s Defence Ministry, Chinese drills violated the United Nations (UN) rules.