Possible sanctions by the EU on Russian aircraft carrier Aeroflot may bring an immediate closure of the latter's airspace to European countries: Xavier Moreau. 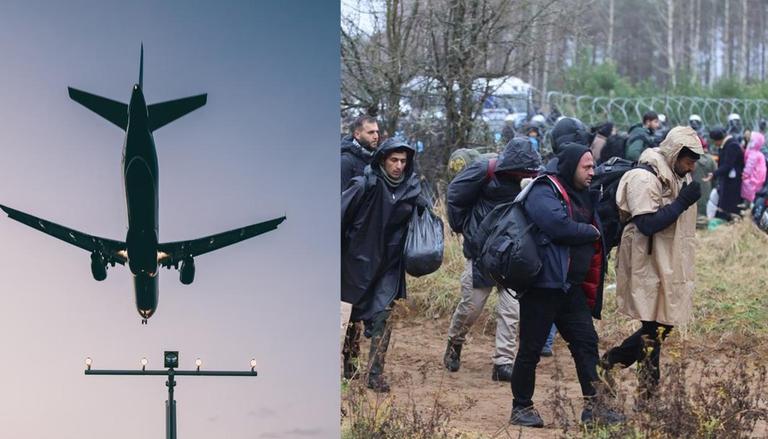 
Possible sanctions by the European Union (EU) on Russian aircraft carrier Aeroflot would bring an immediate closure of the latter's airspace to European countries, which need the direct siberian route to Asia, stated geopolitics expert with StratPol, Xavier Moreau said on Thursday. It is to mention that Aeroflot, which needs a direct Siberian route to Asia, is accused of allegedly playing role in the migrant crisis that has gripped the Polish-Belarusian border for past several weeks. Such accusations made by Warsaw and the EU could face severe repercussions from Moscow, which "would immediately be to cut all Trans-Siberian air routes for European airlines to Asia," Moreau told Sputnik.

The expert also highlighted that the decision would levy a heavy toll on Europe, which needs these direct transit routes. Moreau's analysis comes after the EU, on Thursday, stated that it is discussing sanctions against Aeroflot and Turkish airlines for allegedly transporting migrants to Belarus. If passed, the sanctions will be a part of the fifth sanctions package against Minsk.

However, the accusations were refuted by Moreau claiming that it is fake as it is not coming from the European Union. He also added that Warsaw "sees the hand of Moscow everywhere and would very much like to worsen and enlarge the protracted conflict with Belarus about the migrants trying to cross the border into Poland," as per Sputnik.

Expressing doubt over Aeroflot's role in the migrant crisis at the Poland-Belarus borders, Moreau also claimed that he is unsure if the Russian carrier "would play the game that has been played" by Belarusian airlines - Belavia. As per Moreau, Belavia was used to bring migrants to Belarus to send them to Poland, Lithuania and Latvia borders. "Accusing Aeroflot and Russia is another ball game...a step too far," he added. "Kremlin spokesman Dmitry Peskov has spoken of fake news and hoax. I think he is right in this instance," Moreau told Sputnik. However, the expert does not believe that the EU would opt for sanctions without valid proof of "what is being floated by Bloomberg."

The EU member countries like Poland, Latvia, and Lithuania have recorded a blasphemous rise in the number of migrants accumulated along the borders attempting to breach borders in the past few months. As of November 9, Polish authorities blocked at least 2,000 migrants trying forcefully to enter Poland. Video footage surfaced on the internet showing migrants hurling logs of wood at Polish border forces. Reportedly, several asylum seekers living in tents along the border died in recent weeks as temperatures began to slump below zero.