Former Afghanistan President Hamid Karzai said covering faces is not the tradition of Afghanistan and appealed to the Taliban to revoke the decree. 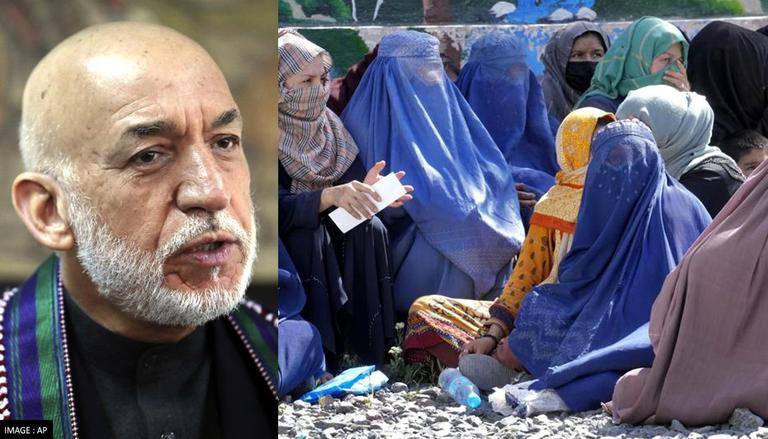 
Amid the row over the Taliban's latest decree ordering all Afghan women to wear head-to-toe clothing in public, former President Hamid Karzai said covering faces is not the tradition of Afghanistan. He said "covering faces is not Hijab" and the use of the Burqa is not "Afghan tradition". According to the former President, Burqa had come to Afghanistan probably 200-300 years ago.

While speaking during an interview with CNN, Karzai said Afghan women had no history of wearing the Burqa in the country. Further, he claimed that the country has been a Muslim state for nearly 1400 years and added women used to cover their faces since then. He reiterated covering faces isn’t a Hijab and added it has come from other countries. "It is not an Afghan tradition," he said.

As per Karzai, Afghani women used to take a "huge chador, a huge scarf on the head but not as Burqa. Meanwhile, while reacting to Thursday's ruling wherein the Taliban ordered all-female TV anchors to cover their faces on air, he termed it "wrong" and "unfair". According to a report by Tolo News, it received an order from the Taliban’s Virtue and Vice Ministry wherein it directed all the female TV presenters to cover their faces. The statement called the order "final and non-negotiable," the channel said.  However, for Karzai, the Taliban should reconsider the decree or must revoke it.

Taliban also orders women to leave home only when necessary

Recently, the Taliban passed a contentious ruling wherein it ordered all Afghan women to wear head-to-toe clothing in public, resulting in condemnation from the international communities. It also ordered women to leave home only when necessary. The decree also mentioned that male relatives would face punishment, starting with a summons and escalating up to court hearings and jail time, for women’s dress code violations. It is worth mentioning after taking over the leadership of the country, the Taliban made tall claims suggesting that they have changed completely as compared to the earlier regime. The extremist group promised to allow education and jobs for women. However, instead of fulfilling their promises, the Taliban barred women from educational institutions and working.