Former President of Sri Lanka, Gotabaya Rajapaksa was spotted in Thailand on Thursday after he departed from Singapore on the expiration of his short-term visa. 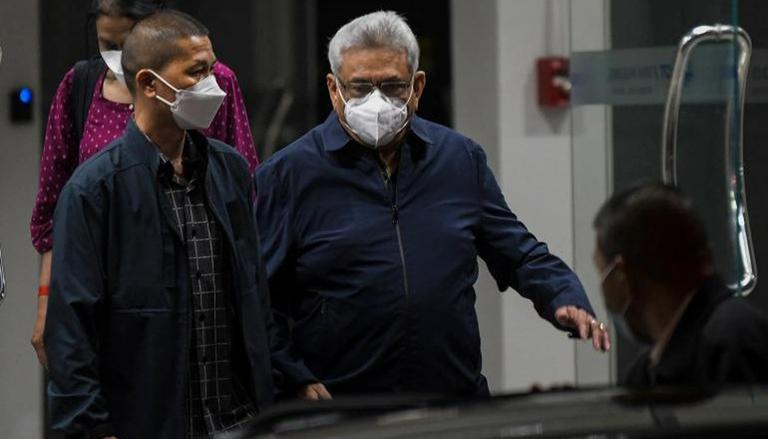 
Former President of Sri Lanka, Gotabaya Rajapaksa was spotted in Thailand on Thursday after he departed from Singapore on the expiration of his short-term visa. According to Thai authorities, Rajapaksa has been permitted to stay "temporarily" in the country against his diplomatic passport and was allowed by Thai President Prayuth Chan-ocha on "humanitarian grounds."

The ex-Lankan President arrived at Bangkok's Don Mueang airport on Thursday night, accompanied by who was believed to be his wife. As reported by the Associated Press, the couple were picked up in a limousine outside the airport VIP hall en route to an unknown location.

According to The Strait Times, Thai President Chan-ocha confirmed on Wednesday that the 73-year-old ex-Lankan President was allowed in the country for humanitarian reasons. He stressed, that the permission was granted against the promise to refrain from engaging in all forms of political activities, while Rajapaksa was in search of permanent asylum in other countries. "This is a humanitarian issue. We have made a promise that it's a temporary stay. No political activities are allowed and this will help him find the country to take refuge in," the Thai President said, as quoted by Bangkok Post.

According to the Immigration and Checkpoints Authority (ICA) of Singapore, Rajapaksa left on August 11, Thursday afternoon after having lived in the country since July 14. Ahead of his departure, Rajapaksa requested Bangkok to grant him permission for a "temporary visit", further adding that he did not intend to apply for political asylum. Following this, Thailand Foreign Ministry spokesperson Tanee Sangrat issued a statement clarifying that the leadership had no issue with Gotabaya Rajapaksa visiting on a diplomatic passport, Daily Mirror reported.

Rajapaksa may return to Sri Lanka in November

For the unversed, Rajapaksa eloped from Sri Lanka in mid-July after widespread uprisings against his presidency. He tendered his resignation after reaching Singapore from the Maldives, leaving behind a country of 22 million reeling under a tumultuous economic crisis. Meanwhile, he made vain efforts to seek refuge in Middle Eastern countries.