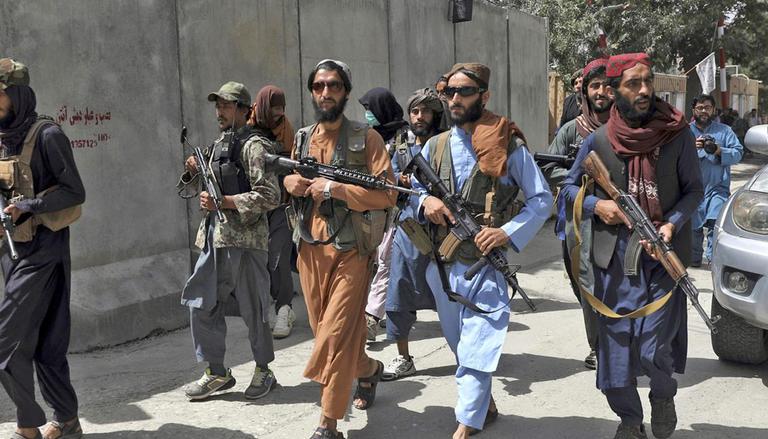 
“It was a mass genocide, thousands of innocent people of my community were killed, they hated us because of our ethnicity. It was also the month of August, in the year 1998 when they massacred our people. They will come back for us, they will kill us again,” said Zabiulla Bahrami, who is reminded of Talibani violence in 1998 in Mazar-i-Sharif against the people of the Hazara community, amid the ongoing turmoil in Afghanistan.

There is no hope left. Fall of Mazar-e-Sharif is a traumatic reminder of #Hazara genocide at the hands of Taliban in 1998. They went house to house in search of any living thing to kill. Nobody, no neighbor, was allowed to collect their dead bodies for many days. Frightening!

It has been four days since the Taliban deposed the Afghan government by the might of its armed men and swayed control over Kabul, and since then, fear, chaos and uncertainty have grappled Zabiulla and his family, who are in India currently, worried about the ones who were not fortunate enough to escape the mayhem and were left behind.

Zabiulla, who studies physics at Delhi’s Jamia Millia Islamia in Delhi, came to India in 2019 and had planned to move back when his studies got over, but now he fears going back and is scared of what will the situation be like when the time for his departure will arrive.

“We are terrified for our family members there in Afghanistan, out of all we are the most persecuted minority in Afghanistan, we are the Hazara community, our beliefs are more liberal than Taliban’s and that's why they hate us. Our sects are different, we follow the Shia sect and they hate it.  All our community members have locked themselves inside their homes, shops are closed and the air has been thickened with the mounting fear,” Zabiulla expressed.

“They have already reached the areas inhabited by our community. In the Hazarajaat area (Central and northern parts of Afghanistan), they are conducting door to door searches. We are Shi’a ethnic group and are particularly targeted for our religious beliefs,” he said, informing that this is what he was able to gather through the little bit of interaction that he was able to have with people back home in Afghanistan.

His fears felt alive and his words brought back the horror of 1998, when Taliban Governor Mulla Manon Nazi conducted a massive killing of people of the Hazara community, after capturing Mazar-i-Sharif. The UN also declared the barbaric incident as a genocide, since no WatchGuard or a journalist was allowed to enter the region. “When Taliban was in power 20 years back under Mulla Nazi, they mutilated our men, abused our mothers and daughters, tortured our children, they wanted to forcefully convert our religion. I don’t want history to repeat itself, I was a child back then, my family survived them, but now they are coming back for us, we are passing days by dodging death every day,” Zabiulla said with a tremble in his voice.

These pictures were sent to me- the Taliban reportedly blew up slain #Hazara leader Abdul Ali Mazari’s statue in Bamiyan. In the 90s they executed him. Given Bamyan Buddhas were blown up & archaeological sites destroyed, is anything being done to protect artefacts? @DalrympleWill pic.twitter.com/TszJUpNuqY

“Taliban Terrorists never change, they are the same as they were”

This is not just the story of Zabiulla and his family; at least 9% of Afghanistan’s population belongs to the Hazara community and historically have been the most persecuted by Talibani terrorists. Aminullah, who is another Afghan refugee in India, says, “People were shocked about the takeover of whole Afghanistan by Taliban rapidly. I am worried about my family members in Afghanistan. My two nephews were working with the government. They applied for a visa but they were not able to get it. Now, they have escaped towards Pakistan. The condition of the Pakistani border is not very good. Thousands of people are fleeing and the border is heavily crowded".

He added, “Taliban announced an amnesty for all government workers, but no one believes them, because in the past to they told people that they won't kill anyone but they mercilessly killed them. They are saying that they have changed, but they never change. They impose their ideology and call them religious laws, these laws are made by them and are not Sharia laws. I am worried about my community also. Moreover, they have also killed Hazaras in 20 years by suicide bombers. Taliban don't recognise the Shia sect, hence Hazaras are being killed”

READ | 'Mother hid my photos when she heard of Taliban takeover': Afghan student in Gujarat

Hazara sources confirms #SalimaMazari is now in #Taliban custody. She is the #Hazara district Governor of Chaharkint, Balkh. HOPE is worried about her safety and do not know about her current whereabouts. pic.twitter.com/7N5Md2Lcxe

The timing of the Afghanistan pandemonium could not be worse, it is much more treacherous now, when the world is dealing with a ferocious pandemic.

“My brother passed away due to a brain tumour and father passed away because of COVID-19 after 8 months from the death of my brother. Taliban have taken our shops in Ghazni and Kabul and in India, I don't have a proper job,” explains Heshmatullah who lost his father to COVID-19 in Afghanistan.

“I used to receive around 10,000 rupees from our shops in Afghanistan. Now, I have lost my income from there. I came here to India, two years back, but our situation isn't clear here and I don't know what will happen tomorrow. Moreover, I am anxious about my family members in Afghanistan because they are Hazara. It is crime to be Hazara and Shia for Taliban.”

On August 15, when  India celebrated its Independence, Afghanistan lost its Independence, as the Taliban won the 20-year long war to power. They captured Kabul as President-in-exile Ashraf Ghani and its forces surrendered and absconded. A huge mass thronged Kabul airport, in the hope to escape the brutal regime of the Taliban, in the hope to be evacuated. Chaos loomed on the streets with people trying to run away as early as possible.

“Joe Biden decided without thinking, now Afghans have to pay the price”

“Most of us have now lost faith in humanity, we don’t have faith in the  International community. They have used us. US President Joe Biden left Afghanistan without thinking and now people have to pay the price of his action. There is no one to safeguard us, no one to watch, no one has power now, no police force, NGO or Journalist will be allowed to work,” Zabiulla said, expressing his disappointment on the withdrawal of US and NATO troops from Afghanistan that has to lead to the Taliban’s victory.

But at the same time, Zabiulla thanked countries like India and Canada that are providing refuge to his people, “Afghans will always be indebted to India and Canada, we are thankful and want to request them to continue their assistance,” he said.