A former Thomas Cook air hostess shared pictures of horrific mid-flight ankle break after the plane passed through a huge storm experiencing severe turbulence, pressing her to the floor. Air hostess, Eden Garrity, 27, was pushing a catering trolley aboard a flight from Cuba to Manchester in August 2019 when the flight came across a mid-Atlantic storm. The turbulence resulted in shooting up the plane 500 ft forcing Garrity to fall on the floor and cracking her ankle in seven different places. The injury left her lying on the floor for almost an hour while seats were cleared and she was taken to the hospital as soon as they landed seven hours later. 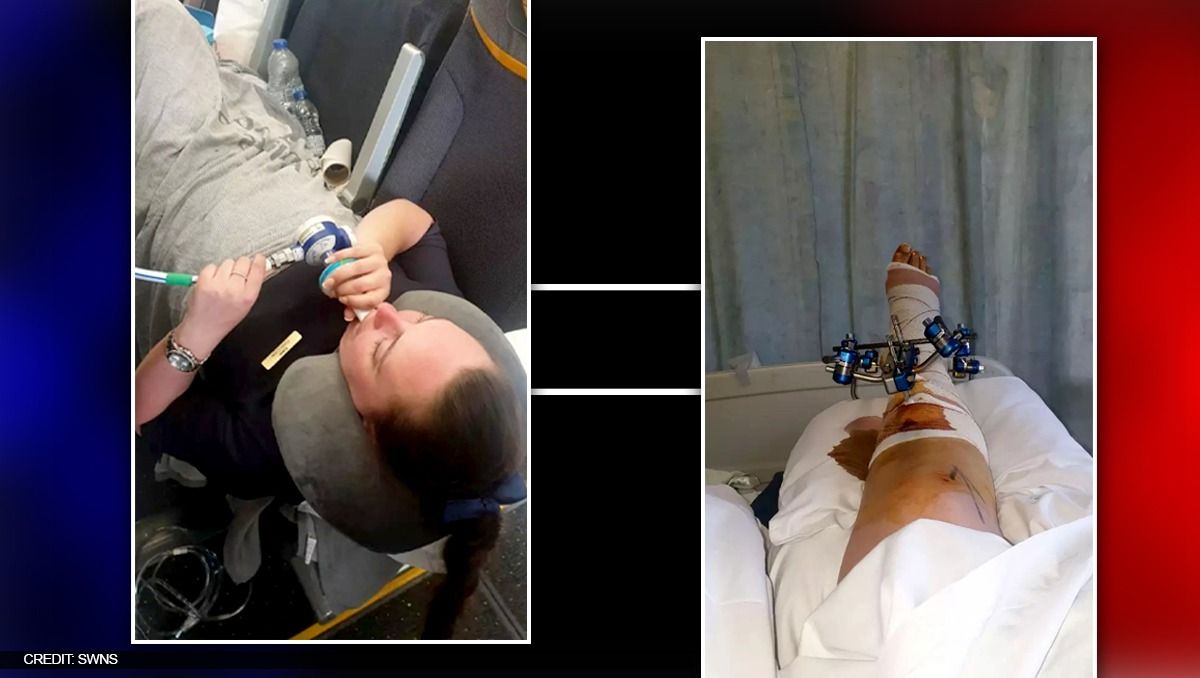 According to the reports, she had broken her fibula in five places, her tibia once fractured the side of her foot, and cracked her ankle bone. Surgery was conducted to insert screws and metal plates inside her leg and she was unable to walk for two months. Garrity, who hails from Leigh, Greater Manchester said that the incident was absolutely horrifying. She said the plane shot up 500 feet within seconds. The force of the turbulence pinned her to the ground and her ankle got struck. She said that her ankle was at a right angle and she started screaming and panicking.

READ: Vistara Chief Responds To Photo Of Napping Air Hostess, Says 'our Crew Is Human Too'

The pilot then immediately asked the crew members to be seated due to turbulence. She said the plane hit a massive hail storm just after five seconds the pilot made an announcement asking all crew members "to be seated".
The aircraft faced severe turbulence that resulted in a 500 feet altitude gain and disconnection of autopilot mode. Eden was thrown to the ground under the crushing force of the plane's sudden rise in altitude. As per the reports, she spent nine days in the hospital before surgery to insert screws and metal plates inside her leg.