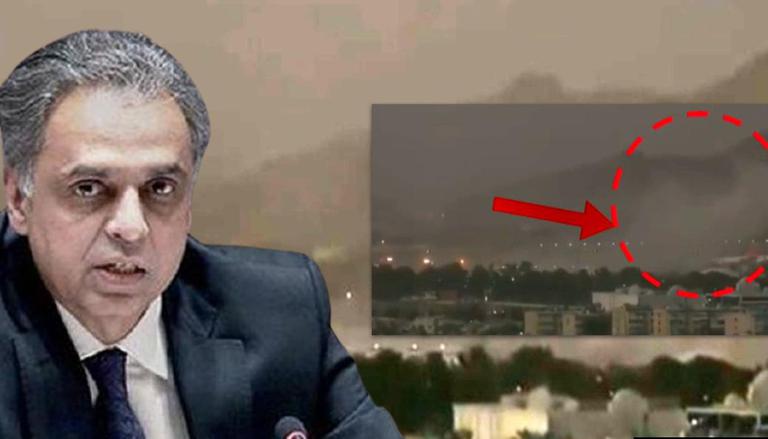 
A huge explosion outside the Kabul airport took the lives of at least 13 on Thursday evening amid the chaotic evacuation efforts from Afghanistan. Shortly after, another blast was reported at the nearby Baron Hotel which was reserved for the western military and did not allow civilians. As even more blasts have been reported through the night, Taliban spokesperson Zabihullah Mujahid issued a statement on what has been deemed a 'complex attack' by the US and offered 'condolences' on behalf of the terrorist organisation that has now come into control of Afghanistan.

Calling out the Taliban, which has been accorded a false sense of respectability by the US and its NATO allies in an effort to justify their disastrous withdrawal from the war-torn nation, former Indian representative to the UN, Syed Akbaruddin, made a witty remark on how it is unwise to distinguish between the different terror groups operating in the region.

Taliban 'spokesperson' Zabihullah Mujahid attempted to give an alibi to the terrorist cohort he represents, even as unnamed US officials were quick to blame ISIS-K for the attack. Interestingly, the Pentagon, in its press statement hours after the attack, made no mention of ISIS. In response to the tweet of the Taliban 'spokesperson', Syed Akbaruddin wrote, "Fox, wolf, jackal, coyote have the same lineage. None should be in charge of the hen house. Else the innocent suffer".

After Afghanistan's acting President Amrullah Saleh 'exposed' Pakistan's clandestine support to the Taliban while speaking to Republic Media Network earlier on Thursday, the insurgent group has described the Imran Khan-led country as their 'second home', exposing the worst-kept secret that several western nations are now being called out for not acknowledging. The Taliban, while showing its support to Pakistan, claimed that it would not allow any activity on Afghan soil that is not in the interest of the neighbouring country, which it said was its second home, concluding by saying "We look forward to further deepening of ties with Pakistan."