'Radio that can't be turned off' From Ban On Laughing To North Korea's Caste System; Absurd Rules In Kim Jong-un's Regime

A little over a decade ago, Kim Jong Un assumed the role of North Korea’s Supreme Leader after his autocratic father died of a sudden heart attack. 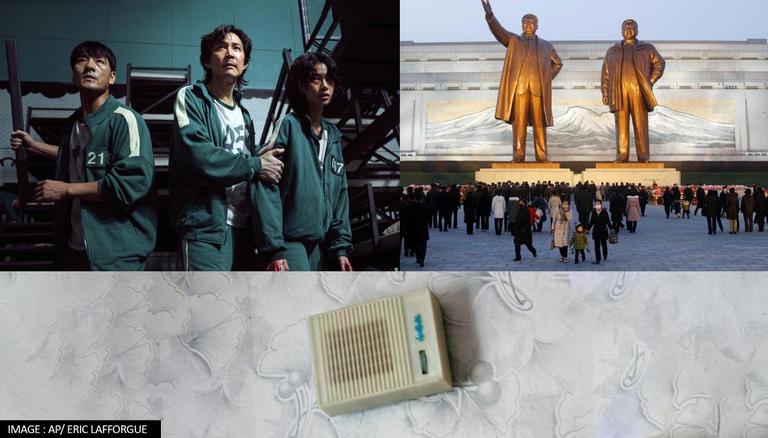 
A decade ago, Kim Jong-un assumed the role of North Korea’s Supreme Leader after his autocratic father died of a sudden heart attack. While the hermit nation was already gripped by his family’s ultra austere regime, Kim’s overhaul of power brought in novel regulations. From a radio system that the residents cannot turn off to getting punished for an ancestor’s crime in accordance to the country's Songbun system, here are rules that reflect the grim reality of the Democratic People's Republic of Korea (DPRK).

Foreign music and films are completely banned on the hermit island. Last month, a North Korean student was publicly executed after he was caught smuggling Squid Game into the country. According to Radio Free Asia (RFA), the smuggler stored the web series in a clandestine USB device while in China and brought it back along with him. However, after selling a few copies, the unnamed man was eventually caught by the country’s surveillance services.

Making international calls is a criminal offence in the Democratic People’s Republic of Korea. The government controls and strictly monitors all the communication networks in the country, as revealed by a report by Amnesty International. Notably, the internet is also available to only a few residents.

Every North Korean household has a radio cemented to the wall which citizens are not allowed to turn off. The discovery was made by French photographer Eric Lafforgue, who found it in September 2011, on the wall of a farmhouse north of Hamhung. Apart from disaster warnings, the radio also broadcasts the administration’s propaganda.

Mourning is mandatory in the country. On December 17, Kim Jong Un grabbed eyeballs after reports revealed that that North Koreans are banned from laughing or expressing any form of happiness for 11 days. The day marked a decade of Kim’s father (Kim Jong Il’s) demise. Separate reports suggest that there is a gigantic statue of Kim II Sung’s body and all the tourists, as well as residents, are expected to bow down in front of it.

Choice of individual professions is decided by the government in accordance with the needs of the country. Those who do not comply are sent to concentration camps for forced labour. A similar rule is applicable for residency. According to multiple reports, only a selected few people are allowed to live in the capital city Pyongyang.

Any criminal offence could push three generations behind bars. According to North Korean rule, if any individual is found guilty of a crime, even a minor felony, then three generations of the family are punished or met with harsh treatment by neighbours and local authorities.  There are instances when people have fallen off the grace and unfavourably with the government after someone in the family has committed what the government considers to be illegal, leading all the way to losing a job or even facing time in "reeducation camps". There is a similar rule for suicide. If one person kills themselves, then their entire family is obliged to get punished.

All North Koreans are required to follow the Juche calendar. Interestingly, the calendar only starts on April 15, 1912, which marks the birth of Kim Il-sung - the founder of the DPRK.

Due to an impending power crisis and isolation, North Korea cuts power every night. Using electricity needs permission and owning a microwave is illegal in the country.  There is no religious freedom in the country and Bible is particularly banned.

North Korean administration does not allow women to give birth in the presence of others. Due to the low population, all Korean women who give birth to triplets are required to submit them to the state. They get their children back once they turn 4 years old.