While the Taliban has declared its control over Afghanistan, days before it entered Kabul, a heart-wrenching video of a sobbing Afghan girl caused a stir. 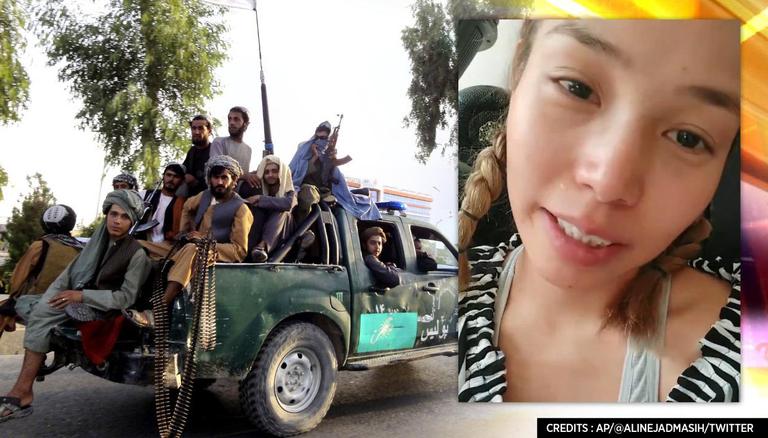 
As the Taliban declared its control over Afghanistan, days before it entered its capital of Kabul, a heart-wrenching video of a sobbing Afghan girl had caused a stir on social media. Shared by Iranian journalist and activist Masih Alinejad on August 13 on social media before the insurgents were about to enter the city of Kabul, she wrote, “Tears of a hopeless Afghan girl whose future is getting shattered as the Taliban advance in the country. My heart breaks for women of Afghanistan. The world has failed them. History will write this." The video showed a young Afghan girl sobbing with the thought that “no one cares about us" and that she "cannot help crying."

"We don't count because we're from Afghanistan. We'll die slowly in history"

Tears of a hopeless Afghan girl whose future is getting shattered as the Taliban advance in the country.

My heart breaks for women of Afghanistan. The world has failed them. History will write this. pic.twitter.com/i56trtmQtF

The resurgence of the extremist group comes nearly two decades after the United States invaded Afghanistan in the wake of the 9/11 terror attacks. The militant group has pledged to restore peace and security to the country by imposing a strict version of Islamic law or Shariya when in power. The group has also faced international condemnation for imposing the interpretation of the law that included gruesome punishments, including public executions, flogging and amputations for people found guilty of theft.

What do the Taliban want?

The repressive laws against its people were defined by the insurgents as the ‘iron gift’ of the Taliban from 1996 to 2001. However, this year, the Taliban began seizing smaller areas before taking over the capital and topple the US-backed government. Suhail Shaheen, a spokesperson for the Taliban, told the Associated Press last month that there would not be any peace in the country until a new government is formed and Ghani is removed.

He also insisted that the Taliban was not seeking a “monopoly of power” in Afghanistan and suggested that under a regime that is acceptable to the militants. He emphasised the fact that women would be allowed to go to school and ensured the safety of foreign journalists in the country. However, people still fear that the group would return to its dreadful and repressive measures that were seen in the late 1990s until American troops overpowered them.

Shaheen also told BBC, “In the next few days, we want a peaceful transfer.” He has also laid out the group's policies ahead of the power transfer that would re-install the hardline Islamist group. He said, “We want an inclusive Islamic government... that means all Afghans will be part of that government...We will see that in the future as the peaceful transfer is taking place."