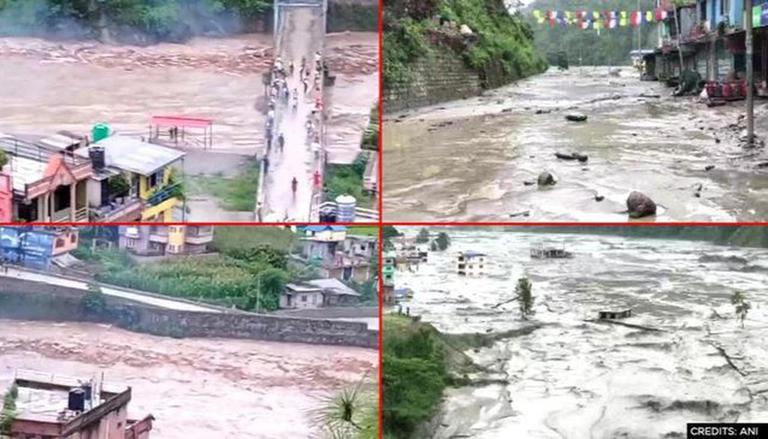 
Torrential rains in Nepal on Wednesday killed at least seven people, leaving 50 others missing, as well as causing severe flooding and damage to essential infrastructure. Sindhupalchok in central Nepal, 65 kilometres from Kathmandu, is the worst-affected region. The Melamchi river has overflowed. All the deaths have been reported from Sindhupalchok so far. On Tuesday night, June 15, the bodies of the deceased were discovered. Officials confirmed on Wednesday that approximately 50 people, mainly workers at the Melamchi Drinking Water Project, are still missing.

Minister of Health and Population Sher Bahadur Tamang wrote on Facebook, "Over 50 people are missing in the Melamchi and Indrawati rivers'' flooding. The floods have also caused damages to the dam in Melamchi drinking water project, Timbu Bazaar, Chanaute Bazaar, Talamarang Bazaar and Melamchi Bazar."

Arun Pokhrel, Chief District Officer of Sindhupalchowk said, "We suspect the flood originated from the main source of Melamchi and Indrawati River. As of now we only have confirmed report of one dead."

In Sindhupalchok, two concrete motorable bridges and an estimated five to six suspension bridges have collapsed, in addition to the deaths. Land for agriculture and fish farms has also been flooded. Excessive flooding has forced the closure of a police station in Helambu town, an Armed Police Force Camp, and the Melamchi Drinking Water Project. Over 300 hutments in Melamchi River communities have been swept away. In Lamjung district, over 15 houses have been washed away. Nearly 200 homes in low-lying portions of the district are under risk, according to officials.

Nepal Police, the Army, and the Armed Police Force are carrying out rescue and relief activities, according to Arun Pokharel, the Chief District Officer of Sindhupalchowk. The Army used helicopters to rescue people trapped on top of buildings. According to officials, the excessive rainfall caused rivers to overflow, resulting in severe damages. Since Monday evening, continuous rains have been observed in central Nepal's Bagmati and Lamjing provinces.