On October 3, Israel's COVID Green Pass was restricted to allow only those who had received a booster dose of the vaccine or had recently recovered from Covid 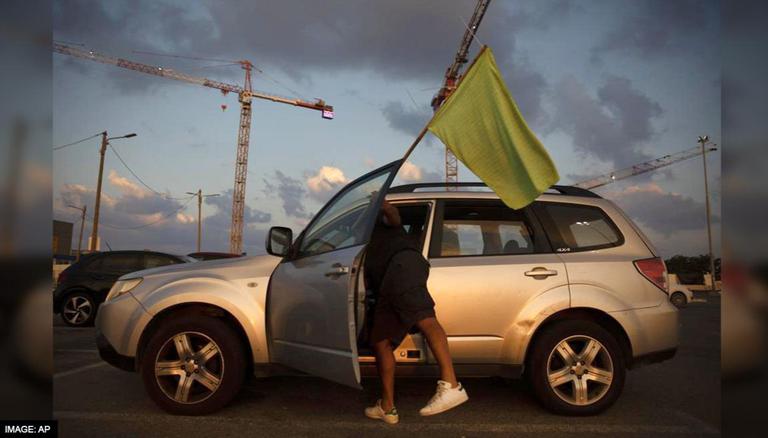 
On October 3, Israel's COVID Green Pass, to visit indoor venues, was restricted to allow only those who had received a booster dose of the vaccine or had recently recovered from COVID.

The government's coronavirus advisory cabinet was scheduled to meet on Sunday, October 3, to evaluate existing restrictions and guidelines.

The Health Ministry's distribution of the revised Green Pass was hampered by technical issues as millions of Israelis attempted to reissue digital paperwork that would allow access to stores, restaurants, cultural events, gyms, and other indoor locations.

Hundreds of Israelis joined the Green pass protests around the country, with convoys of automobiles jamming morning commutes as many Israelis returned to work on October 3 after the Jewish High Holidays in September. The system's critics claim it is due to forced COVID vaccinations, AP reported.

Israel is the first country to require a booster shot as a part of its digital vaccination passport programme. The action is largely interpreted as a move to urge those who have not yet received a third dose of immunisation to do so. Due to the revised rules, roughly 2 million people will lose their vaccination passports in the coming days. To be eligible for a Green Pass, persons must have received a booster shot, according to the new rules.

This summer, Israel launched an aggressive booster dose administration to shore up its population's dwindling vaccination efficacy. More than 60% of Israel's population has received two doses of the Pfizer/BioNTech vaccine, and approximately 3.5 million of the country's 9.3 million citizens have received a booster dose. However, at least 2 million additional people have only taken two doses, and many will lose the benefits of the Green Pass.

After reaching an agreement with Pfizer to transfer medical data in exchange for a constant supply of doses, Israel rushed to vaccinate the majority of its adult population early this year.

In Israel, new cases of coronavirus have been on the rise in recent months. According to Health Ministry data, almost 70% of the 588 serious coronavirus cases in Israeli hospitals as of Sunday were unvaccinated people.

Due to high traffic on the ministry's Green Pass website and application, previously issued certificates will be valid for the next three days, according to a statement released on October 3.