Hundreds Stranded On Ship Off South Australia Due To ‘marine Growth,' To Be Compensated

Australian Fisheries Department ordered that the ship first be cleared of the harmful algae to gain permission to sail and in Adelaide. 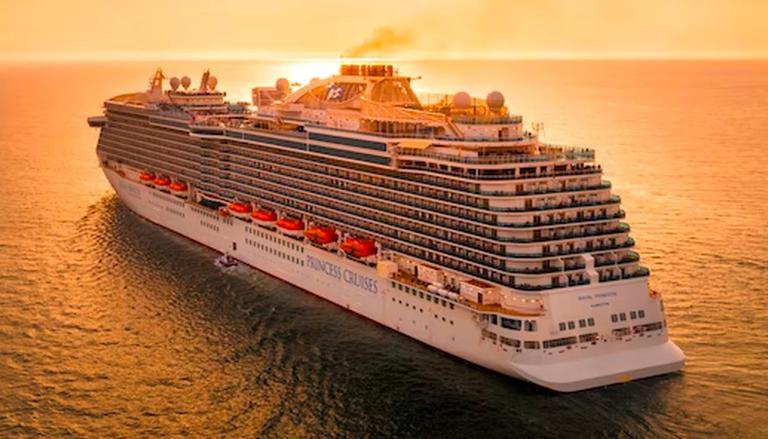 
Hundreds of passengers aboard a Viking cruise ship were stranded off the Australian coast for almost a week after a potentially harmful growth of marine vegetation in its hull. The 745-foot-long Viking Orion vessel was denied permission to dock in Adelaide due to the accumulation of algae, and other microorganisms, plants, and small animals called the “biofoul" according to the BBC. The 14-deck, 930-person ship was built in 2018 and reportedly dropped anchor about 17 miles (27km) off the coast.

Up to 930 passengers were stuck inside the ship for days complaining of the vessel not moving in any direction. The Australian Fisheries Department ordered that the ship first be cleared of the harmful algae to gain permission to sail. It cited the reason that the “harmful marine organisms” would infiltrate the Australian territory if the vessel wasn't first properly cleaned.

“Professional divers were engaged directly by the vessel line/agent to clean the hull while at anchor outside Australian waters,” the agency noted in a statement.

The biofoul was a "common practice for all arriving international vessels" and it must be removed for the ship to dock, said the Australian fisheries department. Until then, the vessel was denied any permission to anchor at Christchurch and Dunedin in New Zealand and Hobart, Tasmania. The intensity of "frustration and anger is growing among passengers," a passenger onboard named Kenn Heydrick told the outlet, adding that he was unable to leave the ship since December 26. Australia's National Maritime Coordination Centre established that the ship's biofoul has to be cleaned before it enters Australian waters.

READ | From Australia to NZ, New Year's celebrations in full swing as world rings in 2023 | Watch

"The majority of passengers are trying to make the best of things and enjoy extended time at sea. But it is the excursions at four ports that we were looking forward to, and now are greatly missed," the passenger was further quoted as saying. Passengers labelled the inconvenience as "shame" adding that many travellers saw this halt as the hindrance to their last opportunities "to see this part of the world" and that on the new year. "I have cried repeatedly for both the significant financial hit after saving for two years and the loss of memories and experiences," one passenger wrote on Twitter about their experience.

The luxury vessel, which is only four years old, sailed off from Wellington in New Zealand on Boxing Day, according to ship-tracking website VesselFinder.com. Professional divers were engaged directly by the vessel line to remove the biofoul. On Twitter, the ship's master, Marko Snajdar, shared a letter of apology with the passengers.  "Viking is interested in keeping you as lifetime travellers, and we hope to see you under less exceptional circumstances on one of our ships in the future," he wrote. A Viking representative said the company was "working directly with guests on compensation for the impact to their voyage," he noted, adding that it will sail towards the city of Melbourne by Jan 2.