Two pilots on a helicopter filmed video of Hurricane Ida that caused massive destruction in Louisiana from the Gulf of Mexico on Aug 20. 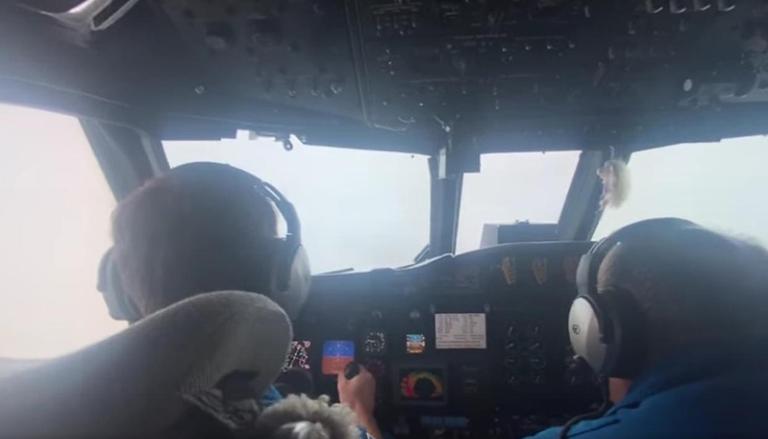 
In a rare incident, two pilots on a helicopter filmed the live hurricane Ida that caused massive destruction in Louisiana from the Gulf of Mexico on Sunday, August 29. The video of the incident was recorded on the camera and now it is going viral on social media platforms. In the video, one can see the heavy wind gusts, after which the plane gets surrounded by clouds on all sides. First shared by the National Environmental Satellite, Data, and Information Service (NESDIS), the video has left everyone shocked and mesmerized.

According to media reports, Hurricane Ida, which was first seen in the skies, made landfall and plowed into Louisiana from the Gulf of Mexico, causing massive destruction. Heavy rainfall submerged the shoreline under several feet of water. Watching the storm with bare eyes is a difficult task, as only scientists or weather experts who have access to powerful equipment can do it. However, the two pilots managed to film the chilling moment while flowing right inside the erupting hurricane Ida.  As per media reports, the aircraft piercing through the eye of the storm happened over the Gulf of Mexico before it made landfall.

Netizens were left in a split after watching the viral video. One user wrote, "Man, you would have to have nerves of steel to do this". Another person appreciated the pilots and wrote, "Outstanding Piloting". The video has garnered humongous views and comments on social media. Some lauded the bravery of the pilots, while some expressed their honest reactions after watching the video, while others were frightened to see the hurricane approaching.

According to media reports, Hurricane Ida caused much destruction over New Orleans, which is Louisiana's most populous city. It was six years ago when the US witnessed such a destructive storm. Hurricane Katrina struck the Gulf Coast. The residents of the area had already moved to safer zones, but those who were on the roads witnessed the toughest moment of their lives. According to weather experts, hurricane Ida is believed to be far more dangerous than 2005's Hurricane Katrina.