Pope Francis on Sunday said that he is encouraging nations to take Afghan refugees who are seeking a new life amid the Taliban's capture of Afghanistan. 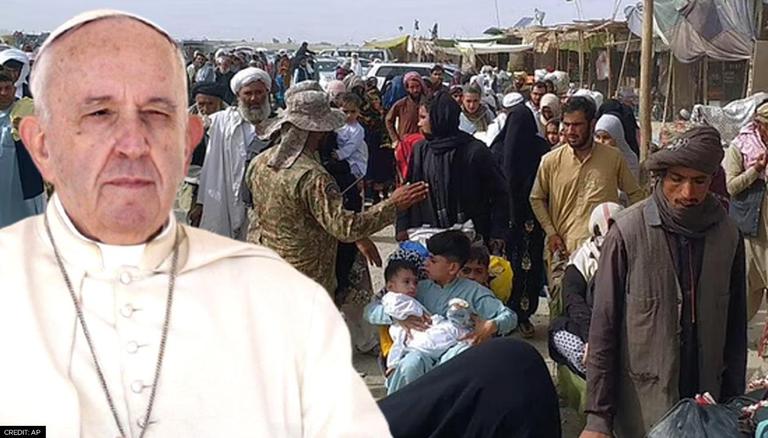 
Pope Francis on Sunday said that he is encouraging nations to take Afghan refugees who are seeking a new life amid the Taliban's capture of Afghanistan. During his public appearance in St Peter's Square, he also prayed that displaced Afghans in the war-torn country may get assistance and protection.

“In these tumultuous moments, in which Afghans are seeking refuge, I pray for the most vulnerable among them, I pray so that many countries welcome and protect all those seeking a new life,” Francis said, reported AP.

While, Pope did not directly mention the terrorist organisation Taliban or their actions but he said, "may young Afghans receive an education, which is essential for human development.” He also hoped that all Afghans, at their homeland, or in countries taking them, may be able to “live with dignity, in peace, in brotherhood with their neighbours.”

Thousands of Afghan nations evacuated by America are waiting in transit hubs in nations such as Italy, Germany and Qatar. While thousands of others are fleeing from Afghanistan via land crossing to neighbouring countries.

Taliban to form government in Afghanistan

Taliban has said that they will formally announce their new government this week, which means implementation of the hard-line Sharia laws. According to reports, Mullah Abdul Ghani Baradar will be the new ruler.

During their last regime from 1996 to 2001, when they were ousted by the US-led invasion, the terrorist organisation had banned women from work and education. Women were also prohibited from stepping out of their homes alone. They had also banned television and music.

This time, the Taliban has promised to be more inclusive. However, the international community is skeptical. The insurgents have already banned co-education schools. Hence, girls and boys cannot study in the same class. The group has forbidden music and female voices on radio and television channels. They have also started targeting minority groups. Taliban is also opposing free Afghans from protesting against their radical form of governance.

Due to the fall of the US-backed government last, the possibilities of an economic crisis is also looming large over Afghanistan. The country is also battling acute drought, leading to a humanitarian crisis.