A terminally ill dog who was found abandoned on road has been granted his final wish by swearing it into the police force as an honorary K-9 officer for a day.

A terminally ill dog has been granted his final wish by swearing it into the police force as an honorary K-9 officer for a day. But the way to this momentous day has not been that easy for the poor dog, Eddie. Eddie was found abandoned walking around in Benton city by a man in October last year. He wanted to help the four-legged creature but it was harder to rescue the dog. It took a whole month to get him into care. 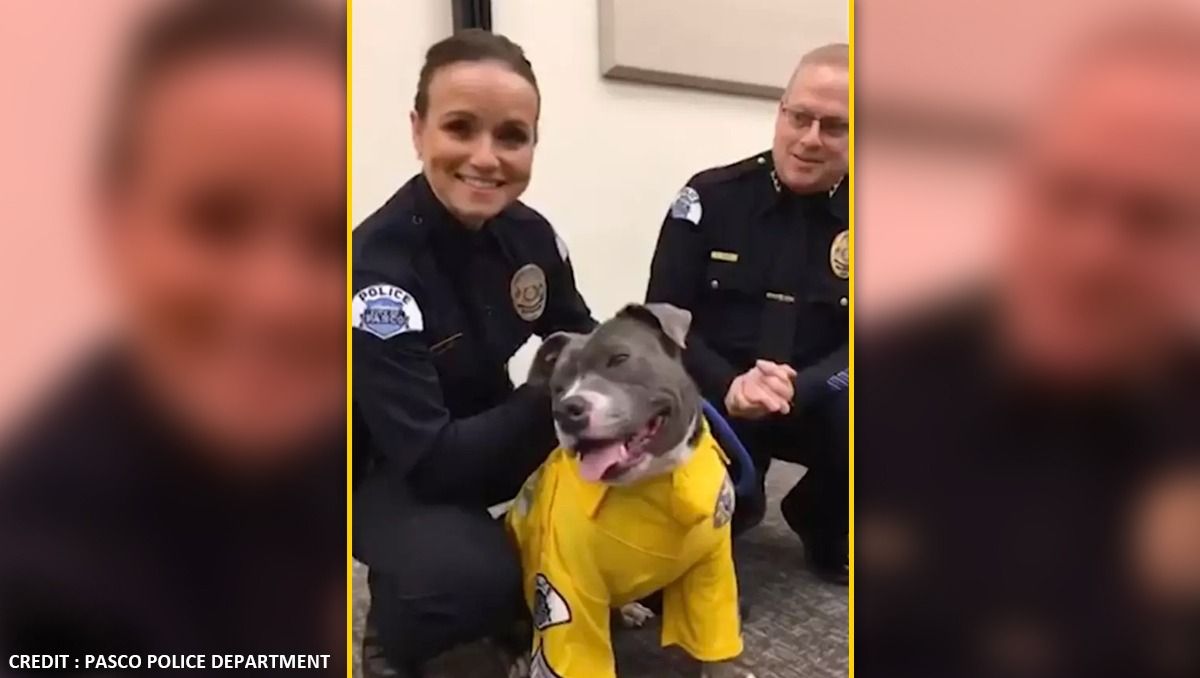 READ: Video Of Cyclist Carrying Abandoned Dog On His Back Wins The Internet

Specialists found the dog with tumour

After a few days, the veterinary specialists realised that the eight-year-old pit bull had been hit by a car and was still recovering from his injuries. When the specialists examined the canine properly, they found that he was carrying an inoperable tumour. Despite his prolonged illness, he was still able to have a calm and peaceful future. The animal control centre took Eddie to a non-profit organisation  'Mikey's Chance K9 Rescue' and was taken care of by a dedicated carer named Kristi Kesler.
Kesler's job was to assure that Eddie could live the rest of the days happily. She prepared a bucket list for the poor pit bull and one among those things was joining a police force and becoming an honorary K-9 officer.

She approached Pasco Police Chief Ken Roske who could not deny to Eddie's adorable eyes. Eddie was carried to the police station where he met a lot of police officers before being awarded a badge. Jon Funfar, Communications programme manager said that Eddie has been assigned to community outreaches. He added that he will be in uniform on these days and will appeal all the dog moms and dads that all dogs are worth adopting. He added that Eddie could not be more elated as he wags his tail non-stop. Eddie is grateful to not only have been given a second chance at life but has fulfilled his dreams as an ambassador for the pit bull breed, Funfar added.