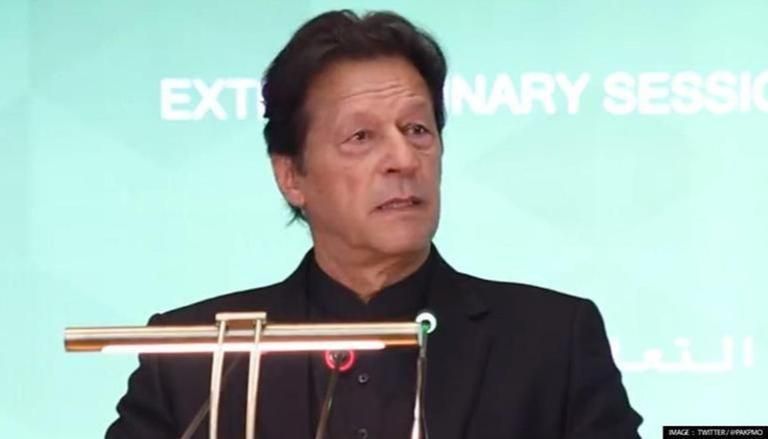 
Pakistan Prime Minister Imran Khan again sparked controversy after his comment against Afghanistan went viral on social media sites, ANI reported citing Khaama Press. According to local media reports, Khan was speaking about Afghanistan's culture and women education during the Organisation of Islamic Countries (OIC) summit in Pakistan's national capital, Islamabad. During his speech, Khan reportedly said women education has never been a part of the culture of the Afghan people and, the "world should respect" that. However, this created a storm of adverse comments on social media platforms. While countering the claims of Khan, thousand of people throng to the comment section and argued Pakistan was formed in 1945 and the girls of Afghans were studying even before Islamabad's formation.

Afghans said that women were teaching and studying at universities before the establishment of Pakistan, reported Khaama Press. While some argued that Kabul University has been founded in 1932 while Pakistan emerged in 1947.
Apart from people showing their anger against the Pakistan Prime Minister on social media platforms, former Afghan President Hamid Karzai took a dig at the comments of Imran Khan. He said, "The statements of Imran Khan are inflammatory and disrespectful." Further, Karzai suggested Khan stop interfering in Afghanistan's internal affairs, reported Khaama Press.
"The comments show his lack of knowledge of Afghanistan's history, "Afghanistan's former ambassadress to Norway Shukria Barakzai said.

Furthermore, Afghans and several top teachers and professors termed his comment as a humiliation to the Afghan people and the Islamic system. Apart from comment on education and culture, Khan had said that Pakistan multiple faced attacks from Afghanistan's border in which the IS was said to be involved. "These remarks are not true and are obvious propaganda against Afghanistan. In fact, from the beginning, Afghanistan has been facing Daesh's threat from Pakistan," TOLOnews quoted Karzai as saying in a statement. The incumbent Pakistan Prime Minister also said that people in the war-ravaged country has been facing an acute shortage of basic requirements. He added that the previous government including former President Hamid Karzai and his successor Ashraf Ghani had not worked sufficiently to end the corruption in the government. "Such remarks insult the people of Afghanistan, said, Karzai.