Inclusive? Taliban Fails To Include A Single Woman In New 33-man Afghanistan Government 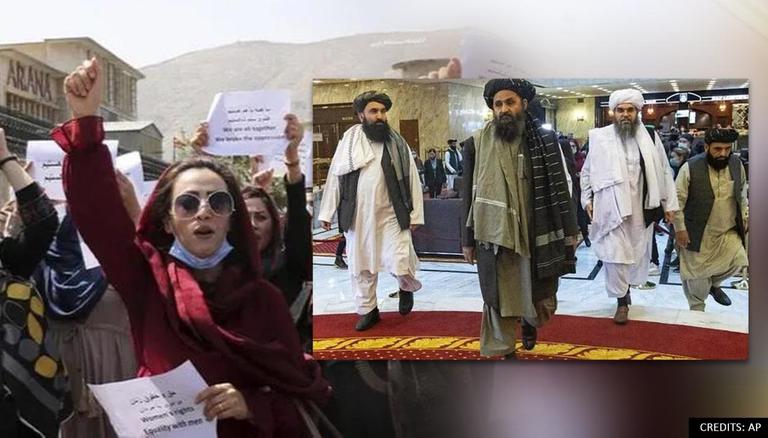 
The Taliban on Tuesday announced the formation of the 'Islamic Emirate of Afghanistan' government and named Mullah Muhammad Hasan as the acting Prime Minister while there was not a single woman included in the newly-announced cabinet. Taliban spokesperson Zabihullah Mujahid announced the government formation and lay down 33 names who will be holding various portfolios. The Taliban went back on its promise to include women in the legislative & governing processes as it unveiled a 33-member team comprising of just men.

It is pertinent to mention that the announcement of the new Taliban government came at a time when the insurgent group was seen opening fire on women protesting against Pakistan in Kabul on Tuesday. Earlier, on August 17, several women gathered in Kabul's Wazir Akbar Khan area demanding equal rights and participation in government, politics, and economy.

Earlier Zarifa Ghafari, one of Afghanistan's first female mayors made a piercing remark on Sunday as she said that she has no option but to wait for the Taliban to come and kill her. While talking to the British outlet iNews, she said, “I'm sitting here waiting for them to come. There is no one to help me or my family. I'm just sitting with them and my husband. And they will come for people like me and kill me. I can't leave my family. And anyway, where would I go?"

The Taliban had taken control of Afghanistan in 1996- 2001, enforcing harsh conditions and rules following their strict interpretation of Islamic Sharia law. Under their rule, women had to cover themselves and only leave the house in the company of a male relative. The Taliban also banned girls from attending school, and women from working outside the home. They were also banned from voting.

Earlier, Afghan Journalist Beheshta Arghand was quoted by global media saying that the Taliban did not consider women as human. "When a group of people don’t accept you as a human, they have some picture in their mind of you, it’s very difficult," Beheshta had said.

Beheshta Arghand made history as she was the first woman to interviewing the Taliban earlier this month. However, she fled from the war-torn country and had revealed that she was afraid of the insurgent group.

READ | US destroyed equipment worth '100s of millions' before leaving Kabul, claims Taliban

The head of the European Delegation to Afghanistan on Monday said that there is a need for concern but "no alarmism" around the rights of women in Afghanistan after the Taliban takeover of the country. Ambassador Andreas Von Brandt participated in a meeting in Brussels by the Women's Rights and Gender Equality and Subcommittee on Human Rights, which discussed risks faced by women and girls in Afghanistan under the Taliban.

However, the Taliban has now made its intention clear as it has not included any women.