India At UNSC Raises Concerns Over Syria; Calls For Effective Aid Without Politicisation 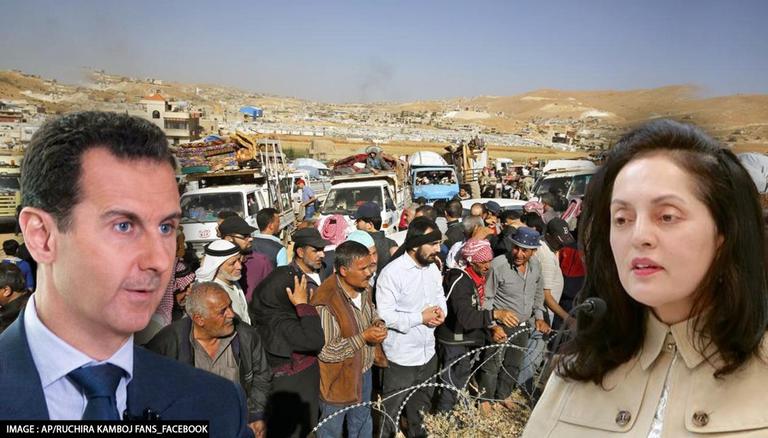 
As Syria continues to face a severe humanitarian crisis, India's Permanent Representative to the United Nations, Ruchira Kamboj stated that New Delhi continues to call for more and efficient humanitarian relief for Syrians across the nation without restrictions, politicisation, and discrimination. On Monday, at a United Nations Security Council (UNSC) briefing on the situation in the Middle East (Syria), Kamboj expressed dissatisfaction that the Small Body of the Constitutional Committee failed to convene this month.

India’s Permanent Representative said, “It is disappointing that the Small Body of the Constitutional Committee has not met this month,” further adding that external reasons have proven damaging to the whole political process. She said, “The engagement so far has not been able to bridge the trust deficit amongst the key stakeholders. The cancellation of the ninth Constitutional Committee meeting in July 2022 has further reinforced this view.”

Here are remarks from Ambassador’s statement at the #UNSC Briefing on #Syria @MEAIndia @RuchiraKamboj pic.twitter.com/LpkU5rdOUv

Additionally, according to Ruchira Kamboj, the UN Special Envoy has been working to engage all parties and promote the political process in accordance with resolution 2254 of the UNSC. Besides this, India has always urged assistance for regional initiatives to end the conflict on a long-term basis, she averred. The Permanent Representative emphasised that they have welcomed the gradual normalisation of Syria's ties with its Arab neighbours.

Furthermore, during the UNSC briefing on Syria, Kamboj cited the 60-day report on the country by US Secretary-General Antonio Guterres and noted that violence has persisted in the northwest region of the nation, the de-escalation zone of Idlib. She said also raised concerns about Syria's "overall situation".

According to her, “As pointed out in the Secretary General’s 60-day report, violence continued in the Idlib de-escalation area in the northwest of Syria".

It is worth noting that India encouraged the international community to support initiatives that will provide the Syrian people with much-needed jobs and financial opportunities.

Meanwhile, in the month of July, India welcomed the United Nations Security Council (UNSC)'s decision to extend permission for assistance to Damascus via the Bab Al Hawa border. On July 12,  India's Deputy Permanent Representative to the UN, Ambassador R Ravindra, referred to the adoption as 'historic' because it will ensure assistance for over 4 million citizens, many of whom are women and children and have been dealing with severe crisis for more than a decade.