India Is Central To US' Vision For A Free And Open Indo-Pacific: Senior Pentagon Official

The US views its partnership with India as central to its vision for a free and open Indo-Pacific, a senior Pentagon official has said, underlining that they are now focused on the "long game" which is building the partnership into the future and supporting India's ability to shape a "favourable balance of power" in the Indo-Pacific, amidst China's aggressive moves in the region. 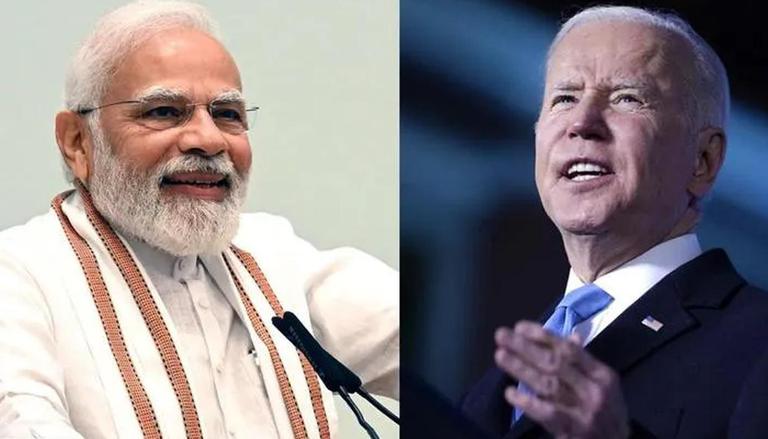 
Washington, Sep 23 (PTI) The US views its partnership with India as central to its vision for a free and open Indo-Pacific, a senior Pentagon official has said, underlining that they are now focused on the "long game" which is building the partnership into the future and supporting India's ability to shape a "favourable balance of power" in the Indo-Pacific, amidst China's aggressive moves in the region.

“We view the US-India partnership as central to our vision for a free and open Indo-Pacific. While there may be bumps in the road along the way, we are really focused on the long game which is building our partnership into the future and supporting India's ability to shape a favourable balance of power in the Indo-Pacific,” Ratner told a group of reporters on Thursday and think-tank experts during a virtual round table.

He said that External Affairs Minister S Jaishankar is scheduled to meet Defence Secretary Lloyd Austin at the Pentagon on Monday. This comes on the heels of a lengthy telephonic conversation that Austin had with Defence Minister Rajnath Singh over the phone recently.

“In the wake of a number of these engagements it has been really clear that the US and India today are more closely aligned in our relationship than we have ever been before in our history. What we see is converging strategic interests and a shared vision for the region, in particular, we've made a number of great strides in the past few years, building on our four foundational agreements,” he asserted.

The US, India and several other world powers have been talking about the need to ensure a free, open and thriving Indo-Pacific in the backdrop of China’s rising military manoeuvring in the region.

China claims nearly all of the disputed South China Sea, though Taiwan, the Philippines, Brunei, Malaysia and Vietnam all claim parts of it. Beijing has built artificial islands and military installations in the South China Sea.

“This vision informs our top priorities for the Defense Partnership. The first priority is the department's commitment to bolstering India's military capability and its deterrent capability and supporting its rise as a defence industrial power,” he said.

In practical terms, that means that the US is going to be working closely with India, on co-producing and co-developing capabilities that will support India's own defence modernisation goals in its ability to export to its partners across the region, including in South and Southeast Asia at affordable price points. This is something that the officials of the two countries have talked about during their recent meetings, he said.

The Department of Defence is having a hard look at near and medium-term opportunities to co-produce major capabilities with India, he said, adding that they are having good conversations with the Indian government at the highest levels about their respective priorities in that regard.

“We hope to have more to announce on this front before too long,” Ratner said.

Secondly, the US and India are pursuing deepening their operational cooperation and coordination with an eye toward countering and out-matching their competitors across critical warfighting domains.

“In the maritime domain and in our Navy-to-Navy ties, we are achieving levels of cooperation that were previously unimaginable spanning information, sharing new training and exercises, technical exchanges and cooperation on underwater domain awareness, which we know is a priority for the Indian government,” he said.

On the industrial cooperation front, the US Navy is looking at additional opportunities for mid-voyage repairs at Indian Navy Indian shipyards.

“Many of you who follow these issues closely would have taken note of the historic repair of the Charles Drew in Chennai last month, which we thought was really groundbreaking in terms of the development of our partnership and some of our coordination operationally, particularly as we work to extend our collective operational reach both of the United States militaries but also of the Indian military,” he told the participants of the round table.

India and the US are also increasingly focused on working more closely together and in more joint ways across what we've heard referred to as new defence domains, such as cyberspace, and artificial intelligence in other emerging technology areas.

The two countries are working toward the launch of a new dialogue later this year that will help them expand cooperation across each of these key domains by bringing together a singular dialogue focused on emerging technologies.

“As we move toward a more advanced phase in our partnership, we're thinking more expansively about how we work together in the broader regional architecture, including in coalition settings with partners both within and beyond the region,” he said.

Ratner said the two countries have a track record of working through tough issues together through sustained dialogue and deep commitment to the partnership on both sides. And at the end of the day, this partnership is about much more than any individual issue.

“It's about that shared vision that we have for the Indo-Pacific and working together to ensure that the future comes to fruition,” he said. PTI LKJ RUP AMS AKJ AMS