On the 8th International Day of Yoga, Nepal Prime Minister Sher Bahadur Deuba attended an event hosted by the Indian Mission in Kathmandu on June 21. 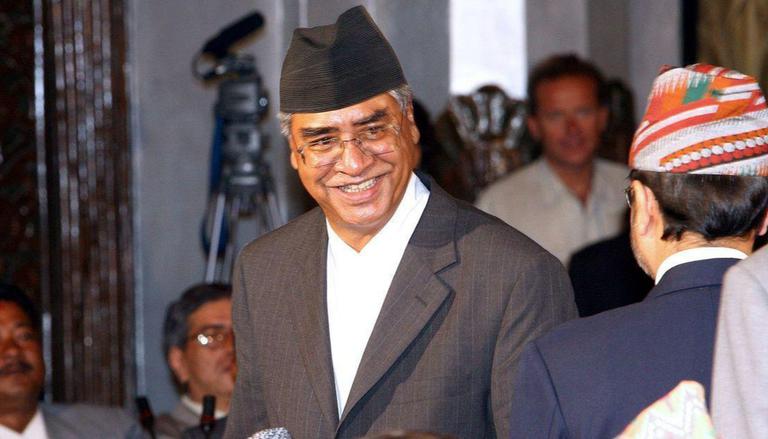 
On the occasion of the eighth International Day of Yoga, Nepal Prime Minister Sher Bahadur Deuba attended an event hosted by the Indian Mission in Kathmandu on June 21. The lawn in front of the India House on the grounds of the Indian Embassy was packed with yoga aficionados, who were led by the Yoga Guru from the Swami Vivekananda Cultural Center, as per ANI.

While addressing the participants, Nepal's PM Deuba said, "Daily Yoga practice helps improve and vitalise health condition as well as gives relief from stress and increase the workability, increase immunity, increase positivity, self-discipline, and energy to do works as well boosts morale and confidence. Our experience over time has proven these statements."

On the occasion, Nepal President Bidhya Devi Bhandari declared that the entire world embraced Yoga as a valuable practice for life, which is strongly related with Nepal's old civilisation and life philosophy.

In a message, President Bhandari stated that integrating the humanitarian joy gained from physical development with the positive energy gained through Yoga exercise, will help people in developing a happy, wealthy, and peaceful society. President Bhandari has also stated that there is a direct presence of Yoga in the handicrafts, art, and sculpture related with Nepalis' social and cultural lifestyles. The Head of State emphasised the importance of incorporating Yoga into schooling. She also advocated for additional research on the subject of Yoga.