Indonesia: At Least 70 Killed After Flash Floods And Landslides, Over 40 Still Missing

At least 70 people have died after flash floods and landslides hit Indonesia and the neighbouring nation of Timor-Leste or East Timor on April 4.


At least 70 people have died after flash floods and landslides hit Indonesia and the neighbouring nation of Timor-Leste on April 4. Another over 40 people have been reported to be missing solely in Indonesia, where the disaster has buried dozens of houses in mud and washed away bridges. Flash floods are not uncommon in the tropical archipelago where heavy territorial rains swell the rivers perennially.

Speaking to Metro TV later, Raditya Djati, spokesperson for the Indonesian Disaster Mitigation Agency said that the casualty toll was ‘dynamic’ and will definitely change. Talking about the situation in the country, he warned that both mud and debris have become a “serious challenge” and were hindering search and rescue teams from functioning. East Flores Regency, located in the East Nusa Tenggara province has been one of the worst-hit areas.

In the aftermath, the country's disaster management agency has initiated a programme to provide assistance and aid to those affected. The rescuers have also evacuated the injured victims to neighbouring villages. Images from Lembata, released online, showed people wading barefoot through mud, evacuating victims from collapsed houses on makeshift stretchers. 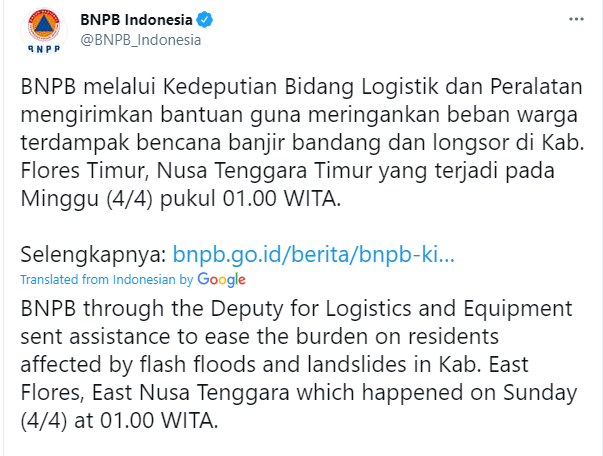 In East Timor at least 21 people have died, many of whom are believed to be from the country capital Dili. “We are still searching for the areas impacted by the natural disasters,” Joaquim José Gusmão dos Reis Martins, Timor-Leste’s secretary of state for civil protection, said in a statement. 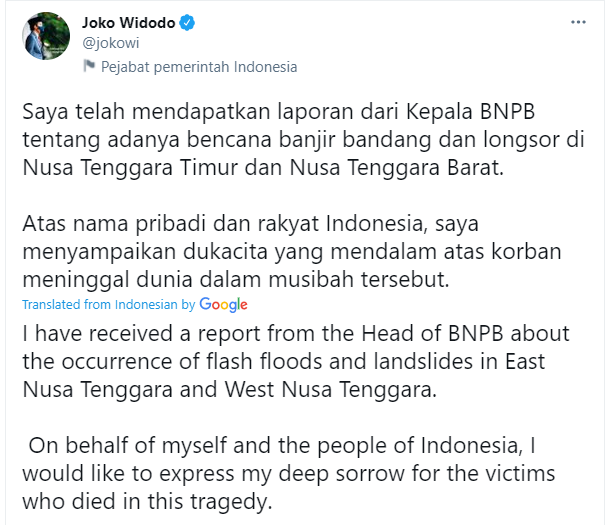 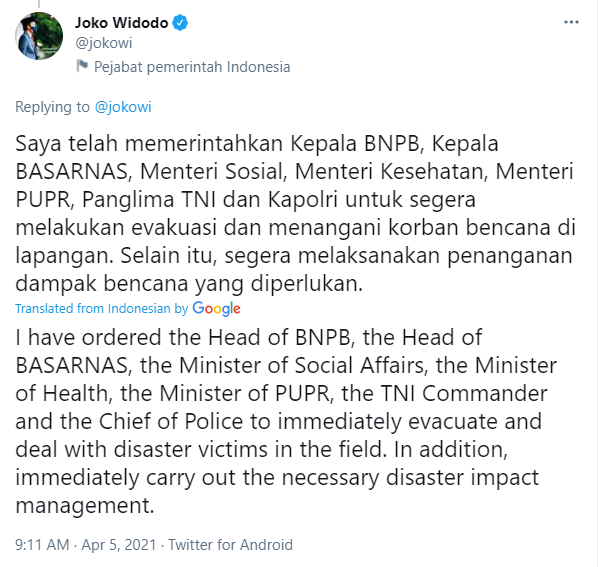 Indonesia’s weather agency has said that moderate-to-heavy rainfall is expected to occur in several areas across the country over the next few days. The flash floods were triggered by torrential rains that happen in Indonesia each year. Hundreds of thousands of people have lost their lives in Indonesia’s seasonal disasters in the past couple of decades. In January this year, more than 40 people were killed in two landslides in Java.