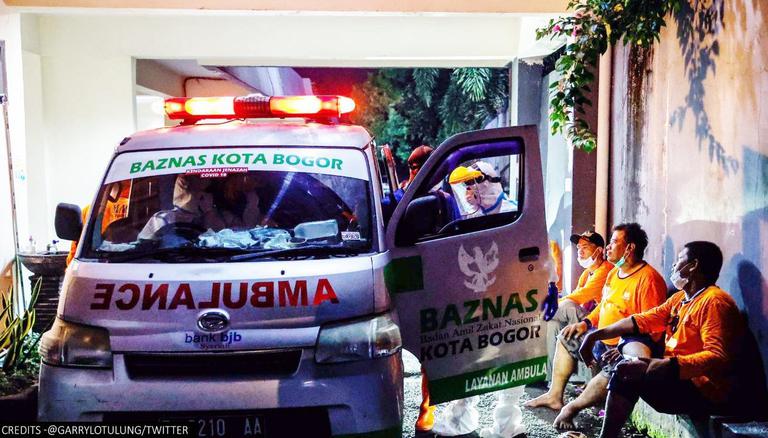 Indonesia, the world's fourth most populous country, is currently experiencing a severe oxygen scarcity in order to treat critically ill patients infected with the coronavirus disease (COVID-19). This is a dramatic change in circumstances, as only two months ago, Indonesia was supplying oxygen to India, which was hit hard by the pandemic's second wave. India received approximately 3,400 oxygen cylinders and concentrators from Indonesia.

To alleviate its oxygen deficit, the Indonesian government has sought out to a number of countries, including China, Singapore, and Australia.

The government has received a cargo of over 1,000 oxygen cylinders, concentrators, ventilators, and other health gear from Singapore, as well as 1,000 ventilators from Australia, Luhut Binsar Pandjaitan, the minister in charge of the country's COVID-19 pandemic response, told Associated Press on Friday.

Pandjaitan said on Friday that the government plans to buy 36,000 tonnes of oxygen and 10,000 concentrators from Singapore, and that he is in talks with China and other countries over the deal.

So far, Indonesia has reported 2,455,912 cases and 64,631 deaths in as a result of the viral disease. According to sources, however, illnesses and deaths are underreported, and the real figure is significantly greater than the official estimates. In the last 24 hours, the country reported 38,124 new cases and 871 new deaths. This is the first time in six days that the country's daily tally has not risen to new highs.

However, the country is currently experiencing a more severe wave of the epidemic, which is causing hospitals to become overburdened with severely ill COVID-19 patients. Many of these individuals are dying alone at home or while waiting for emergency attention, according to the Associated Press.

READ | COVID-19: Court denies bail to murder case accused saying they are safe in jail than outside

In mid-June, hospitals in Java began erecting improvised Intensive Care Units (ICUs). The emergency rooms at a public hospital in Bandung city were closed earlier this week due to a lack of oxygen supplies, according to Yaya Mulyana, the city's deputy mayor. Indonesia's daily oxygen need has risen to 1,928 tonnes, according to government data, with a total available production capability of 2,262 tonnes per day.

Minister Pandjaitan said on Friday, “I asked for 100% of oxygen to go to medical purposes first, meaning that all industrial allocations must be transferred to medical,” adding it is a race against time and “we have to work fast”. In response, the country’s industrial ministry issued an official order stating all oxygen supplies be sent to hospitals swamped with COVID-19 patients and urged people in the industrial sector to cooperate.

On the vaccination front, the government said on Friday that a total of 1.47 million health workers in the country will receive a third booster shot using the Moderna vaccine.

The decision was made following the deaths of numerous health professionals who had been thoroughly immunised with China's Sinovac vaccine.