Israel's foreign minister Yair Lapid met his Russian counterpart Sergey Lavrov in Moscow and told him that Iran must be stopped from obtaining nuclear weapons. 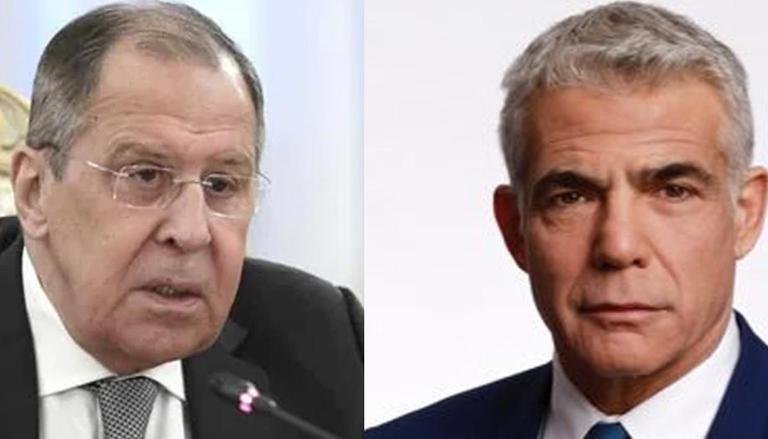 
On Thursday, Israel's foreign minister Yair Lapid met his Russian counterpart Sergey Lavrov in Moscow and discussed matters related to Iran's nuclear weapons. Lapid, who is on his first visit to Russia since taking charge as foreign minister in June, told Lavrov that Iran must be stopped from obtaining nuclear weapons at any cost, reported The Times of Israel.

Speaking at a press conference after the meeting, Israel's foreign minister said that Iran's advancement towards nuclear weapons will not only create problems for Israel but for the entire world.  Showing his concerns, Lapid further stated that if Iran is successful in obtaining nuclear weapons, it will lead to a nuclear arms race in the Middle East.

"The world has to come together to stop Iran from getting a nuclear capability at any cost and if the world does not take any action regarding this, Israel has the right to act as it deems fit," he added as reported by The Times of Israel. Terming Iran as the world's number one exporter of terror, Israeli foreign minister Lapid went on to say that there will not be peace and stability in Syria, or in the wider Middle East amid Iranian presence.

Israel will take the necessary actions if Iran does not stop building terror bases and supplying weapons to terror organizations, Lapid warned. He also took note of reports from the International Atomic Energy Agency about Iran’s nuclear program. It is worth mentioning here that on Tuesday, September 7, the International Atomic Energy Agency said that Iran has continued to increase its stockpile of uranium in what could be termed as a violation of the Joint Comprehensive Plan of Action (JCPOA).

US pressed Iran to resume talks on nuclear program

It should be noted here that on Wednesday, September 9, US Secretary of State Antony Blinken also pressed Iran to resume talks on its nuclear program citing the lack of time to rearrange the nuclear agreement. In a joint press conference with Germany's foreign minister Heiko Mass, the US Secretary said that delay in talks would fail to reproduce benefits of the JCPOA revival, reported Sputnik. It further reported that since April, the United States and Iran have held six rounds of indirect negotiations in an attempt to re-establish the JCPOA, also know as the nuclear deal.