France paid respect to Indian civilians and the slain martyrs and police personnel that bravely fought Pakistani terrorists that unleashed a bloodbath on India. 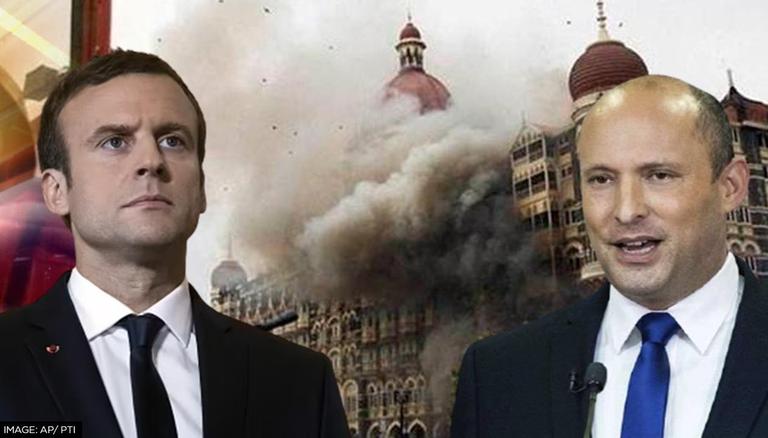 
As India mourns its 166 victims of the dastardly 2008 deadly terror attack, including 25 foreign nationals, carried out by ten Pakistani men associated with the terror group Lashkar-e-Tayyiba between November 26-29, countries across the globe have poured in the tributes for the martyrs sacrificed in the worst terrorist attack yet perpetuated on the Indian soil. Indians in Israel marked remembrance for the victims and survivors of the 26/11 Mumbai terror attacks by condemning the menace of terror that unfolded on the eve of the attack’s 13th anniversary. Israeli Ambassador to India Naor Gilon on Friday paid homage to those who lost their lives on an unfateful day 13 years ago.

“Today India and Israel are joining in commemorating the terrible terror attack 13 years ago in Mumbai which targeted both Indian, Jews Israeli and international people. There are several commemorating ceremonies between India and Israel. We are united in mourning the terror attack and fight against terrorism,” Naor Gilon said in a statement, expressing solidarity with India.

Today, I pay my heartfelt tribute to all victims of the terrible #MumbaiTerrorAttack. 🙏

We unite in grief as this painful tragedy only strengthens our bond and our resolute in fighting terrorism together.#2611Attack pic.twitter.com/wSKunTGrKF

France also paid respect to the Indian civilians and the slain martyrs and police personnel that bravely fought Pakistani terrorists that unleashed a bloodbath in India’s commercial capital by infiltrating the territory from Karachi, Pakistan by hijacking a fishing trawler and shooting at least four crew members. “#MumbaiAttacks 26/11 | France honours the memory of the victims of these despicable attacks. France and India stand together in solidarity and determination against terrorism in all its forms,” French Ambassador to India Emmanuel Lenain wrote in a tweet.

#MumbaiAttacks 26/11 | France honours the memory of the victims of these despicable attacks.
France and India stand together in solidarity and determination against terrorism in all its forms.

The devastating attacks that began at the Gateway of India monument rocked India’s Mumbai for four consecutive days. Civilian motorcades were hijacked, the boat captain’s throat was slit, a police van was vandalized as Pakistani terrorists that split into at least three groups entered with a sole aim to wreak havoc, destruction, and heavy civilian casualties in one of the deadliest and nerve-wracking attacks witnessed by India.

As many as 58 civilians lost lives in the 90-minute attack on the first day, November 26 as Pakistani terrorists fired at random civilians at the crowded Chhatrapati Shivaji Terminus (CST) railway station. Then they tried to enter Cama Hospital, but their attempt was thwarted with the alertness of the hospital staff. They, however, later ambushed a group of 6 brave police officers and killed them brutally, including the city's Anti-Terrorism Squad Hemant Karkare after leaving the hospital. As the terrorists unleashed a three-day siege on the country, a lone surviving Pakistani terrorist Mohammed Ajmal Kasab was nabbed. He was convicted of murder, conspiracy, and waging war on India and was executed in Nov. 2012 at 7:30 am in an Indian prison.

WE RECOMMEND
Israel accuses Belgium of bolstering extremism after it decides to tag West Bank products
Israel returns wrong body to family of slain Palestinian, calls it 'unfortunate accident'
Anthony Fauci says 'Israel is where you wanted to be' when it comes to COVID vaccination
Israel: Botanical remains from over 10,000 years show evolution of winters
US warns Israel against attacking Iran amidst efforts to revive nuclear deal