In a rare move, Israel’s defence minister Benny Gantz, on Wednesday, approved a raft of measures aimed at improving relations with Palestinians 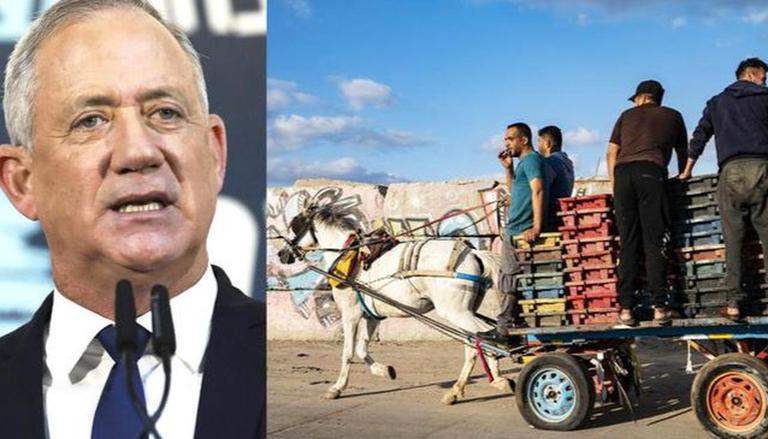 
In a rare move, Israel’s Defence Minister Benny Gantz, on Wednesday, approved a raft of measures aimed at improving relations with Palestine. The new measures, which came following Gantz’s meeting with Palestinian President Mahmoud Abbas, focused on 'confidence-building' and catered to issues such as taxes and the residency status of the Arabs. Just a day ago, both sides had met in Central Israel and held discussions aimed at finding a “political solution” to the years-long conflict.

Meanwhile, a statement from Gantz’s office said that the measures included the transfer of tax payments to the Palestinian Authority, the authorization of hundreds of permits for Palestinian Merchants, VIPs and approving residency status for thousands of Palestinians in both the West Bank and Gaza Strip. It is pertinent to note that the Jewish regime, collects millions of dollars’ worth of taxes on behalf of the Palestinian Authority (PA) as a part of an agreement inked in the 1990s. While the taxes have the potential of pulling out the cash strapped region from what Palestinians call economic crisis, Israel has withheld the funds asserting that the money could incentivize terror organisations including Hamas.

Israel and Palestine have been engulfed in decades of conflict and contestation over territory, particularly Jerusalem, which both of them claim as their capital. On Tuesday, Gantz held discussions with Palestinian President Mahmoud Abbas in a rare meeting. According to DW, which cited a senior Palestinian official, the meeting took place in Gantz’s house in Central Israel late at night. The issues which topped the list included ‘security and civilian’ matters. Notably, Tuesday’s meeting marked the first time in a decade when Abbas met with a Jewish leader in Israel. Meanwhile, on Tuesday, the Jewish Defence Ministry said that both sides deliberated upon 'the two men discussed security and civil matters.'

Separately, Hussein al-Sheikh, the Palestinian Civil Affairs Minister and a key aide to Abbas, said that during the meeting both the parties 'dealt with the importance of creating a political horizon' that leads to a solution by international resolutions. He further said that both sides discussed tensions created by an increasing number of Jewish settlers in the West Bank and East Jerusalem. Israel has bolstered its settlements in the past few years with its current number now crossing 200.