Japan and Australia agreed to expand their cooperation in the Indo-Pacific area, where China has been strengthening its military and economic influence. 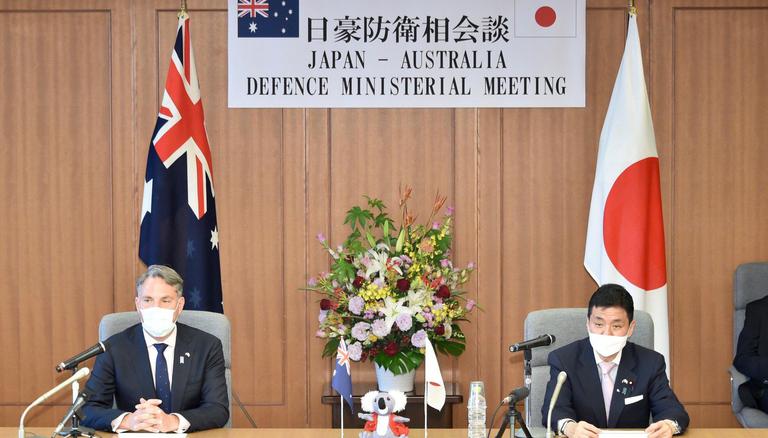 
In a key development, Japan and Australia agreed to expand their cooperation in the Indo-Pacific region, where China has been reportedly strengthening its military and economic influence. On Wednesday, Japanese Defence Minister Nobuo Kishi held a meeting with his Australian counterpart Richard Marles and emphasised that the two countries have agreed to intensify training to improve interoperability between their armed forces.

Addressing a joint press conference after the meeting, Kishi claimed that the two sides also agreed to firmly oppose any unilateral attempts to change the status quo in the East and South China seas, a subtle reference to Beijing's naval aggression in those areas.

“Japan and Australia now have a huge responsibility for the peace and stability in the Indo-Pacific region,” Kishi remarked, the Japan Times reported. He further went on to say that defence cooperation contributes to regional peace and stability, which the two ministers will work closely to maintain and enhance. Notably, this was Marles' first visit to Japan since taking over as Australia's new defence minister in May. He is also serving as the country's Deputy Prime Minister.

Japan and Australia agreed to deepen their practical defence engagement

“We agreed to deepen our practical defence engagement as we prepare to implement the reciprocal access agreement,” Marles said.

He further stressed that both countries would also "intensify the sophistication" of their combined exercises and activities. Earlier on June 12, Kishi and Marles met in Singapore for the Shangri-La Dialogue, and held trilateral meetings with US Defense Secretary Lloyd Austin. Japanese Prime Minister Fumio Kishida and then-Australian Prime Minister Scott Morrison inked a bilateral reciprocal access agreement in January this year, to make it easier for troops from both countries to deploy to each other's countries for joint training and humanitarian operations.

DMKishi stated at a Joint Press Announcement that 🇯🇵🇦🇺defense cooperation contributes to the peace and stability of the region and that the two ministers will work closely to uphold & reinforce #FOIP.

According to Japanese Prime Minister Kishida, the QUAD group, which includes the US, India, Japan, and Australia, is playing a vital role in supporting a free and open Indo-Pacific.

He also urged like-minded countries to enhance their investment in the strategically important region in the face of China's escalating belligerence. Kishida further noted that the QUAD leaders have committed to spending more than USD 50 billion on infrastructure assistance and investment in the Indo-Pacific over the next five years, which will be vital for the region's prosperity.