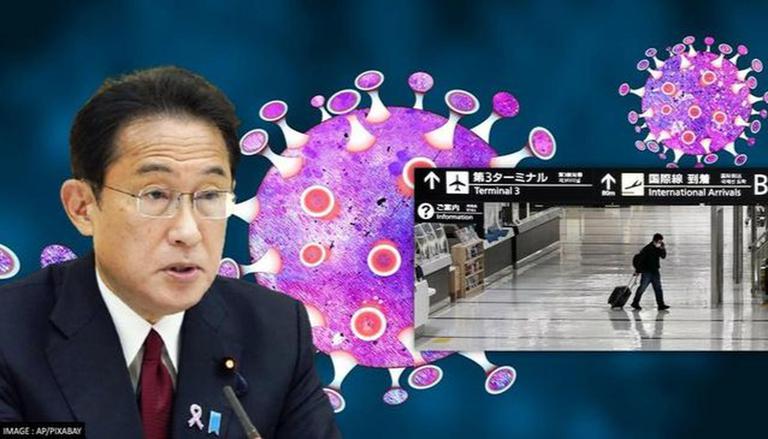 
Amid the spike of Omicron cases worldwide, the Prime Minister of Japan Fumio Kishida on Tuesday announced that the entry prohibition for non-resident foreigners will be prolonged till the end of February. Non-resident visitors have been barred from entering Japan since November 30, 2021, following the first instance of the highly-infectious Omicron variant of the COVID-19 virus in Japan.

"The infection situations regarding Omicron are clearly different at home (and) from abroad, so the framework of the current border controls will be maintained until the end of February," citing Kishida, Xinhua reported.

The present border control procedures, which restrict non-resident visitors from entering Japan and compel returned Japanese citizens as well as foreign residents to quarantine in government-designated centres, were initially meant to last for roughly a month. Further, the administration also announced that the number of individuals allowed to enter the nation will be limited to roughly 3,500 each day.

Meanwhile, the Chief Cabinet Secretary of the nation, Hirokazu Matsuno stated during a news conference that re-entry prohibitions were in effect for foreign citizens who had visited 11 countries within 14 days, including South Africa. According to Matsuno, the limits might be relaxed due to "humanitarian considerations," Xinhua reported.

In addition to this, PM Fumio Kishida also stated on Tuesday that the government is working to speed up Coronavirus booster vaccinations for the aged people and will increase hospital capacity to deal with the fast-spreading Omicron strain. Last week, PM Kishida declared three prefectures, Okinawa, Yamaguchi, and Hiroshima, to be in a state of pre-emergency, with restaurants being asked to reduce service hours, PTI reported.

Furthermore, the introduction of booster doses, which began in December last year with medical personnel, has been a very gradual process. Just 0.6% of Japan's population has obtained a third injection as of Friday, pushing experts to call for the administration to speed up dosages for the elderly. Tokyo recorded 871 additional COVID-19 infections on Monday, an eight-fold rise from the previous week. Japan confirmed 6,438 additional cases countrywide, bringing the total number of infections to nearly 1.77 million, with about 18,400 fatalities.