In the midst of the warnings of "unprecedented" storm dangers, hundreds of thousands of citizens in Japan have been asked to evacuate their houses 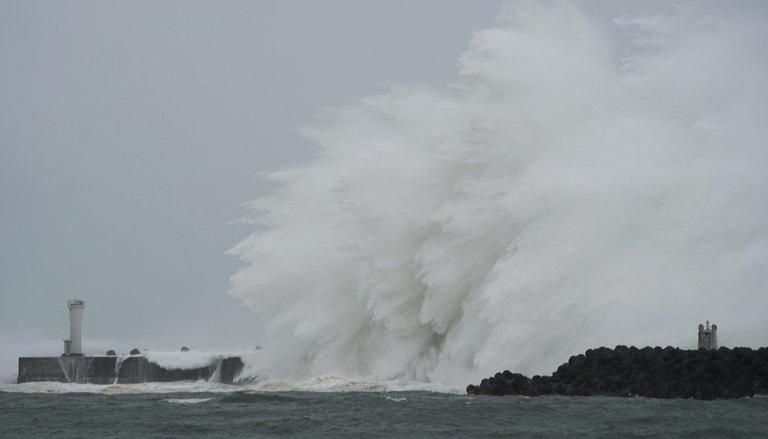 
In the midst of the warnings of "unprecedented" storm dangers, hundreds of thousands of citizens in Japan have been asked to evacuate their houses. In the island nation, the weather agency has issued a rare "special warning" concerning Typhoon Nanmadol, urging two million people to take shelter ahead of the powerful storm's arrival, according to the national broadcaster NHK. Furthermore, the second-highest degree of evacuation orders, level four, has been put in effect for residents of Kagoshima, Kumamoto, and Miyazaki in the southern Kyushu area, according to NHK, which gathers alerts made by local authorities.

According to the BBC report, on Sunday, Typhoon Nanmadol is anticipated to make landfall on Kyushu Island. Winds might gust as high as 270 km/h, and some regions could receive 500 mm (20 inches) of rain in a single day.

In addition to this, there is a "special alert" in effect for Kyushu, including flood and landslide warnings. Flights, as well as train services, have been canceled. With a population of approximately 13 million people, Kyushu is the southernmost island among the four islands that compose the main body of Japan. The weather agency has also predicted that the central Tokai area might receive 300mm of rainfall while the southern Kyushu region could receive 500mm, the Independent reported.

According to the Japan Times report, this is considered to be the first time when a special alert has ever been issued outside of Okinawa Prefecture, which is made up of a number of tiny, isolated islands in the East China Sea.

The powerful typhoon is also threatening the Kagoshima Prefecture in southwest Japan, and weather authorities have issued an emergency warning. Residents in the prefecture are advised to be on high alert for strong gusts, tall waves, and storm surges, according to Japan's Meteorological Agency. The officials even noted that the prefecture may experience large-scale disasters that it has not seen in many years. Residents are being urged to take shelter as recommended by local governments, NHK reported.

The storm, as per the BBC report, is anticipated to shift northeast after making landfall and proceed up across central Japan into Tokyo. Additionally, it is anticipated to keep most of its strength long after touching down.

On Saturday, a meteorological office representative from Japan informed the media that there was a chance for record rainfall, strong waves, storm surges, and exceptional storms. The official continued by saying that Typhoon Nanmadol could be worse than both Typhoon Jebi, which killed 14 people in the year 2018, and Typhoon Hagibis, which severely disrupted power supplies in 2019.

Additionally, the agency advised citizens to take shelter in strong structures since certain residences, particularly in southern Kyushu, might be at risk of collapsing, BBC reported.

READ | Leaders of South Korea Korea, Japan to meet amid dispute over history