Japan's government pulled out the controversial immigration bill following outrage over the death of a Sri Lankan woman in an immigration detention facility. 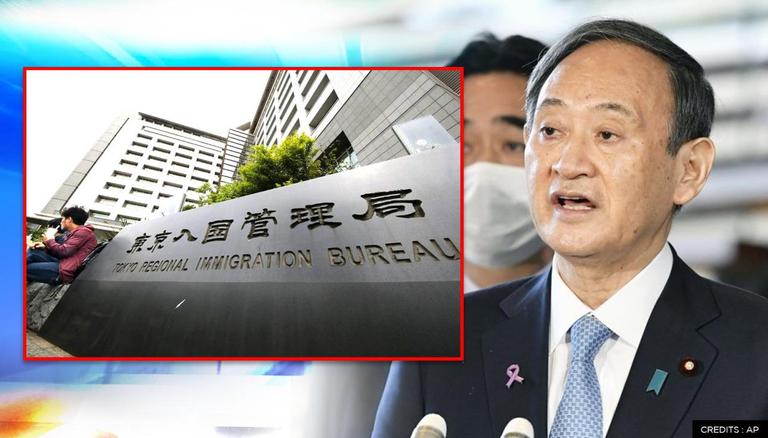 
The Yoshihide Suga-led government has pulled out the controversial immigration bill following outrage over the death of a Sri Lankan woman who was held in an immigration detention facility. As per BBC report, the public criticism against the Japanese government intensified prompting a debate over the immigration bill that would have made it easier to deport the failed asylum seekers and provided more power to the immigration authorities. Reportedly, Japan also has a significantly lower rate of accepting asylum seekers than any other developed nations.

The now-withdrawn bill was mainly aimed at dealing with the long detention of the immigrants after their applications were rejected. Presently, in Japan, the deportations cannot be enforced while an asylum seeker’s application is still pending in the office. Further, there is also no limit on how many times refugees can renew their applications. The Japanese government’s bill would have allowed the asylum seekers to file only two application before being forced by the authorities to deport without justification for a third appeal.

Outrage against govt, the new bill

Even though the Japanese government touted the bill saying that it would acknowledge the long detentions of the refugees, activists as well as lawyers said that it violated the international norms. As per the report, while the United Nations (UN) High Commissioner for Refugees praised some parts of the legislation, the official even flagged “very serious concerns” over other parts. However, the withdrawal of the bill amid mounting criticism against the government over the recent tragic death of a woman who was held in the country’s immigration detention facility.

Even though Sri Lanka’s Wishma Sandamali was not an asylum seeker, her death sparked outrage and put Japan’s treatment of immigration at the centre of backlash. In early March this year, the 33-year-old woman died in Nagoya. As per Japan media reports, she went to the police in August 2020 seeking assistance for domestic violence but was detained for overstaying her visa. The case was swiftly picked up by activists who raised concerns over the situation of Japan’s immigration detention centres.