China's military might around Taiwan Strait or Ukraine-style invasion might put Japan's own energy security at risk as its fuel tankers pass via Luzon Strait. 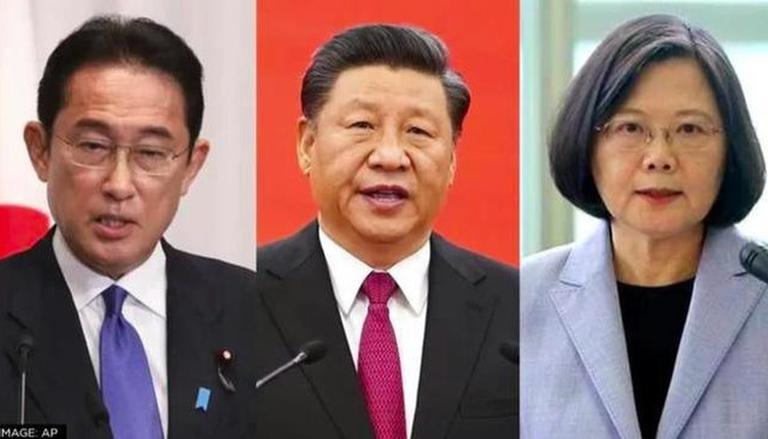 FM Hayashi held his press conference and announced that he will be attending ASEAN-related Foreign Ministers’Meeting and took questions on the visit of U.S. House Speaker Nancy Pelosi to Taiwan and the state funeral of former PM Abe.https://t.co/i5cq9JKpH3

Speaking at the summit of the foreign ministers of ASEAN countries Japan, China and South Korea, the Japanese minister expressed Tokyo's steadfast commitment to the self-ruled democratic island and pushed for mainland China to exercise restraint. Japan views the security of Taiwan as directly linked to its own national security as the Chinese PLA build-up around the island overshadows its own defences located just 110 km (68 miles) in East Asia.

China's display of military presence and heavily fortified Taiwan edging close to a conflict threatens Japan's one of the key and busiest maritime lanes situated approximately 250 kilometres (160 mi), the Luzon Strait to the south that is an integral link for commercial goods transit between Tokyo's East Asian ports and the United States. Asia's major submarine communications cables run via the sensitive Luzon Strait which makes data and telephony services available not just to Tokyo but also to Hong Kong, Taiwan, Japan and South Korea. Japan Self-Defence Forces widely used the Luzon Strait as the invasion route during the Second World War (WWII).

China's military might around the Taiwan Strait or a Ukraine-style invasion of the island might put Japan's own energy security at risk as most of the fuel tankers that Tokyo's economy heavily relies on pass through Luzon strait, that Beijing's military may disrupt. Taiwan is also known for its semiconductor industry which has become a linchpin of the global supply chain, including for the United States.

Via the Taiwan Strait to the Strait of Hormuz, the sea passage near the Gulf of Oman, the hydrocarbon imports from the entire Middle East transit. Japan increasingly prioritises stability in the Taiwan Strait given its own energy security, trade and commerce concerns. 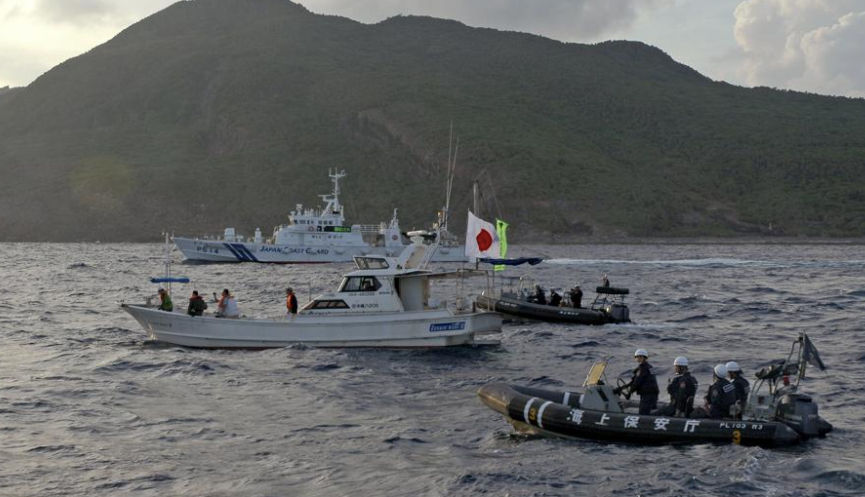 Japanese Coast Guard vessel and boats, rear and right, sail alongside a Japanese activists' fishing boat, centre with a flag, near a group of disputed islands called Diaoyu by China and Senkaku by Japan. Credit: Associated Press

LDP's senior figure and the former Japanese Prime Minister Shinzo Abe who was assassinated had widely pushed to revise the Japanese constitution in order to secure a regional military role, rely on the ally United States nuclear regional umbrella, and bolster its own defence capabilities near Taiwan aimed at its own energy security. Japan's ruling Liberal Democratic party has been pressing to boost defence spending and revise the country's security strategy, including the capability to strike the enemy military bases first outdoing its WWII laws. Article 9 of the Japanese Constitution prohibits it from resorting to military means or a war to settle territorial disputes. Japan's US-drafted war-renouncing document was adopted post-WWII in 1947 which prohibits it from maintaining a defence posture via land, sea and air and bars the island nation from establishing the full potential of its Self-Defense Forces.