North Korea has launched a barrage of short-range ballistic missiles into the seas off its east coast, an action that Japan has described as "unprecedented" 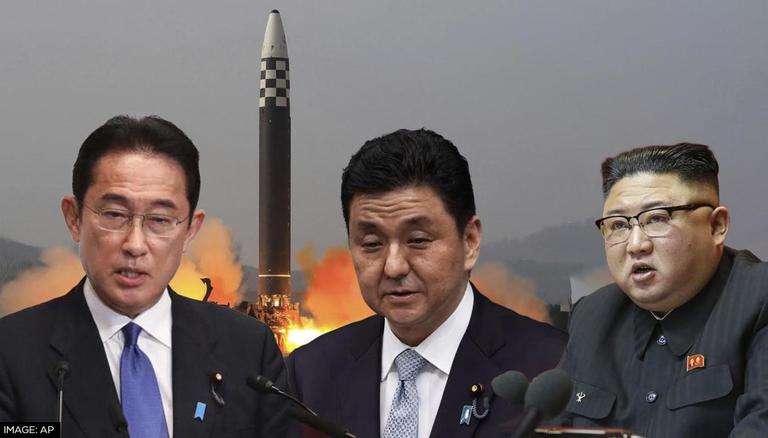 
North Korea has launched a barrage of short-range ballistic missiles (SRBM) into the seas off its east coast on Sunday, an action that Japan has described as "unprecedented." According to South Korea's Joint Chiefs of Staff, North Korea has fired nearly eight SRBM in less than two weeks following its previous test. The missiles were fired in succession from the Sunan location near the nation's capital Pyongyang during the test, which lasted 35 minutes.

Following the launch, Japanese Prime Minister Fumio Kishida, who is currently visiting Fukushima Prefecture, stated North Korea was threatening "peace and stability" in the region and its acts "cannot be forgiven by any means", as per AP. He added the firing of the missiles also violated the United Nations' Security Council resolutions.

Even though it is unclear how far the rockets flew, Kishi claimed during a press conference that at least one of them had a changeable trajectory, indicating that it might manoeuvre to avoid missile defences. As per a CNN report, Kishi said, “The extremely large number of launches from at least three locations in a short period of time is unprecedented". He further added that the missile deployments that threaten world peace and security cannot be tolerated.

The announcement of the missile launch came only one day after South Korea and the United States completed their three days of joint drills off the coast of Okinawa, Japan. The USS Ronald Reagan, a nuclear-powered aircraft carrier, took part in the drills.

Furthermore, such exercises, according to North Korea, are an illustration of the US's "hostile policies" toward it.

Meanwhile, it was reported that the missiles flew at speeds of Mach 3 to 6 between 110 and 670 kilometres at maximum altitudes of 25 to 80 kilometres, according to the Associated Press report. The Joint Chiefs of Staff also revealed that the missiles, which were fired from different locations in North Korea into seas east of the Korean peninsula, were launched between the time period of 9:08 a.m. and 9:43 a.m. (local time in Seoul) on Sunday.

READ | WHO believes COVID getting worse, not better in North Korea

The missiles were fired from four locations in North Korea, such as Pyongyang's Sunan district, Kaechon in the South Pyongan region, Tongchang-ri in the North Pyongan region, and Hamhung in South Hamgyong province, CNN reported.

Denouncing the North's activities and asking it to immediately cease, the Joint Chiefs of Staff stated, “North Korea's continued launch of ballistic missiles is a serious provocation that harms peace and stability of not only the Korean peninsula but also the international community."