Japan To Issue 'vaccine Passport' For Travel, Will Ease Restrictions As Olympic Games Near

Japanese PM announced that since COVID-19 cases have subsided countrywide, it was time to downgrade health emergency that will expire on June 20. 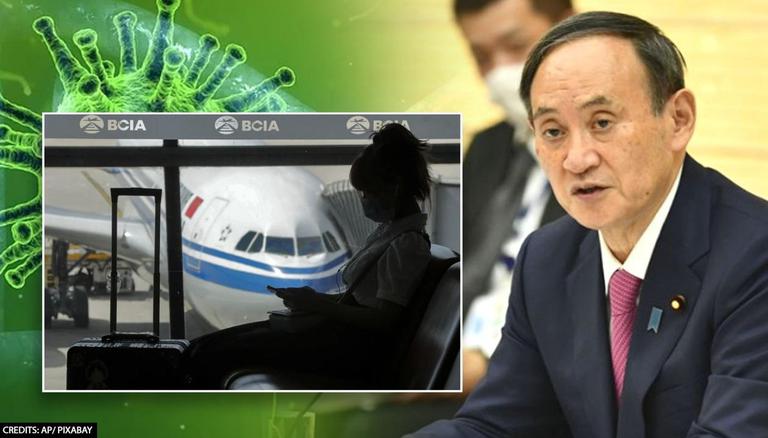 
As Japan prepares to lift the COVID-19 emergency measures in Tokyo, capital Osaka, and eight other regions on Sunday, it will also make a vaccine passport available for the Japanese travellers by the end of next month July, the government announced, Wednesday. "We are preparing to issue a certificate of vaccination for those who need one when they visit foreign countries,” The Japan Times newspaper quoted the top government spokesman Katsunobu Kato as saying. The official also announced that as the mass vaccinations drives are gaining momentum countrywide, and Japan will ease the restrictions just a month before the Olympic Games are due to start.

Japanese Prime Minister Yoshihide Suga on June 16 announced that since the cases of the coronavirus have subsided countrywide, it was time to downgrade the COVID-19 health emergency after it expires on June 20. Although, the Japanese capital Tokyo and at least 6 other regions will have the quasi-state of emergency implemented until July 11. The relaxed protocols will include easing restrictions on bars and the food joints but the government insisted that the measures will promptly go into place if there’s a sudden resurgence of the cases.

“While it’s true that infections are trending down nationwide, it’s also true that the pace has slowed,” Suga told reporters, according to the Kyodo news agency. “We will continue to move forward with vaccinations and take steps to prevent infections from spreading,” he added.

Meanwhile, as restrictions lift, Japan will also issue the ‘paper’ COVID-19 certificates to enhance the prospect of international travel. Chief Cabinet Secretary Kato told The Japan Times that the government has made the local municipalities that are in charge of running a vaccination program keep records of those fully vaccinated to issue them personal passports for the ease of overseas travel. The vaccine passports will help Japanese citizens to forego COVID-19 restrictions at border crossings in foreign countries. The passports will be made available for non-Japanese citizens as well, although the Cabinet Secretariat said that it is still unclear which countries may choose to accept the document. The passports will include the holder’s date of inoculation as well as the shot that they were administered in both English and Japanese language.