Tokyo, in a first therefore is experimenting the tourism package that is being offered to four countries --Australia, Singapore, Thailand and the United States. 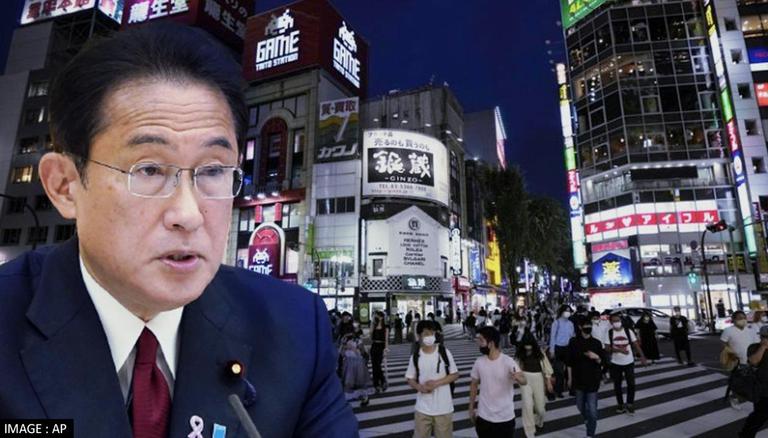 
After having its borders shut for nearly two prolonged years to the world, Japan, on Friday, announced that it is resuming International tourism and travel with at least 98 countries in one of the most significant moments for the East Asian country. Tokyo, in a first, is experimenting with the tourism package that is being offered to four countries -- Australia, Singapore, Thailand, and the United States. This tour will include only 50 people who will be given a "special visa" instead of a tourist visa that will expire by May 31.

“Free and active exchange of people is the foundation of economy and society, as well as that of Asia’s development,” PM Kishida said in his speech as he announced the removal of the COVID-19 border closure. He then said that Tokyo will double the cap of foreign tourists to 20,000 per day effective June 1. Some restrictive measures, although, will still be in place for the containment of the spread of COVID-19.

Shortly after the  2020 Tokyo Olympic Games, Japan instated the world’s most stringent ban on foreign tourists. The family members of foreign residents were permitted to apply only for short-term visits. International students were also restricted from entering if they hadn’t made it in time for the spring school semesters under Tokyo’s toughest COVID-19 border measures, which was widely criticised as “an isolationist” policy much like China’s ‘Zero COVID.’

Prime Minister Fumio Kishida has made an official announcement at a briefing on Friday, stating that the foreign tourists will be allowed to enter Japan on package tours with guides and fixed itineraries effective June 10. This, he said, will pave way for the full resumption of inbound tourism, which has remained suspended for more than two years, since the COVID-19 pandemic hit during the initial days.

“We will resume accepting tourists on package tours with guides from the 10th of next month,” Kishida said in Tokyo at a briefing. “Step by step we will aim to accept (tourists) as we did in normal times, taking into consideration the status of infections.”

Kishida iterated that Japan will mandate the foreign tourists to wear their face masks, as well as adhere to COVID-19 appropriate protocols. "We must have them follow Japanese rules of wearing face masks," Kishida said in a session of the House of Representatives Budget Committee, according to Japan Times. He also said that the Japanese government will ensure that tour operators to tell tourists from abroad to abide by the COVID-19 instructions and persuade companies, schools and other entities to accept foreign citizens.

Despite that for the last two years, Japan’s pandemic-hit economy was at risk of shrinking due to lack of tourism and strict COVID-19 protocols, the country had continued its border closures. The outgoing Prime Minister Yoshihide Suga had also declared an emergency in the country at the time when the seven-day rolling average in Tokyo stood at 88 per 100,000 compared to just 20.2 in the United States, 42.4 in Britain, and only 2.9 in India.