Japan and the US held their first strategic dialogue on Southeast Asian affairs as part of broader policy coordination amid increasing Chinese influence. 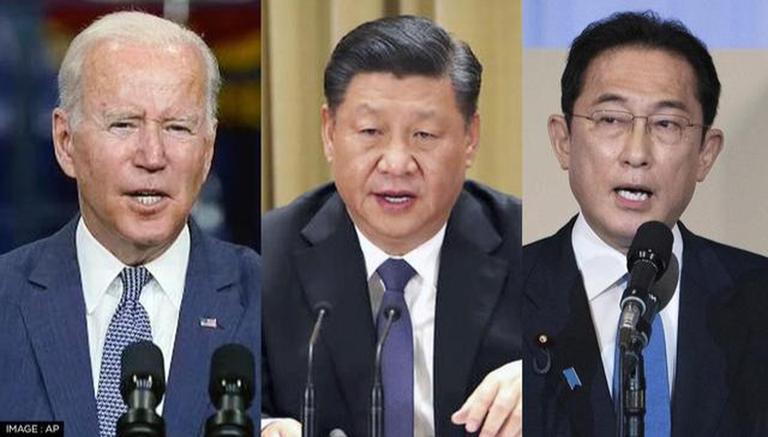 
A week after Japan Prime Minister Fumio Kishida and US President Joe Biden agreed to bolster ties with the Association of Southeast Asian Nations (ASEAN), both countries held their first strategic dialogue on Wednesday. The strategic meeting was considered crucial amid increasing Chinese influence in the region. According to a report by Kyodo News, the latest meeting with the top US and Japan officials was focused on how the two allies can bring the ASEAN closer to a US-led group of free and democratic countries. The major development came as Beijing, on several occasions, was seen attempting to alter the status quo in the East and South China seas and other areas in the Indo-Pacific with power and coercion.

"Southeast Asia is key to realizing a free and open Indo-Pacific," Foreign Ministry Press Secretary Hikariko Ono said during a press conference following the virtual meet. Further, he said the strategic dialogue with the United States was "extremely meaningful" in this regard. Notably, the same was echoed during the QUAD countries meeting last week. The leaders of four countries-- India, Japan, Australia, and the US-- said they strongly opposed any coercive, provocative or unilateral actions that seek to change the status quo and increase tensions in the area, such as the militarization of disputed features.

Meanwhile, citing its diplomatic sources, the Japanese media reported that both countries also discussed how ASEAN members have been dealing with Russia's invasion of Ukraine. The report claimed that the 10-member bloc has shown mixed reactions--  with Singapore being the only nation to join the US, Japan and other Western countries in imposing stringent sanctions on Moscow for its "unlawful" action against its neighbouring nation, Ukraine.