The blast at the Abbey Gate was followed by gunfire as per Republic's sources present on the ground. A second blast was reported at the Baron Hotel in Kabul whi 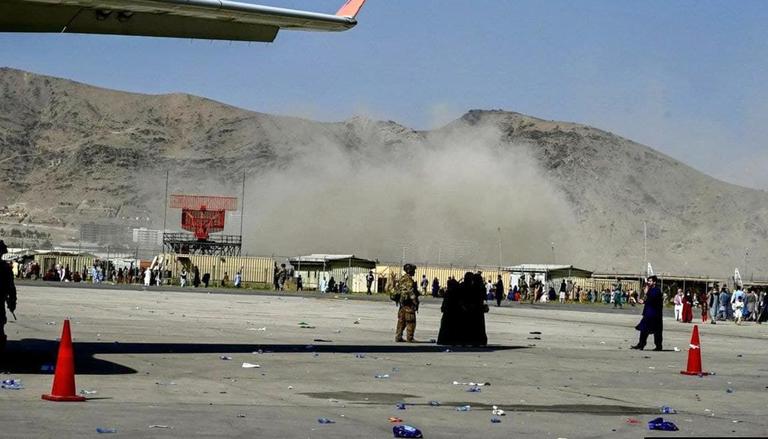 
A suicide bomber rocked the Kabul Airport on Thursday evening, killing at least 13 civilians. Three US troops including multiple casualties were reported as the explosion tore through the crowd, just hours after warnings of imminent attacks targeting evacuation operation were issued.

The blast at the Abbey Gate was followed by gunfire as per Republic's sources present on the ground. A second blast was reported at the Baron Hotel in Kabul, which was reserved for the military.

France President Emmanuel Macron said that their ambassador deployed in Afghanistan will leave Kabul and head to Paris, where he will continue his work. Macron, while issuing the aforementioned statement, said, "France will try to evacuate 'several hundred' more Afghans from Kabul." British Defence had also taken note of the attack and were in contact with NATO and Washington for solutions.

British Defense, while speaking about the explosion outside the Abbey Gate, said that they had communicated with Washington and NATO forces at an operational level for possible solutions. The statement focused on their primary concern, which revolved around the safety of both Afghans and British citizens. The statement read, "We are working urgently to establish what has happened in Kabul and its impact on the ongoing evacuation effort."

READ | WATCH: Taliban gets its hands on US Black Hawk chopper, hovers around just over-ground

Our primary concern remains the safety of our personnel, British citizens and the citizens of Afghanistan. We are in close contact with our US and other NATO allies at an operational level on the immediate response to this incident.

The French Ambassador deployed in Afghanistan had also issued a statement asking people near the airport gates to move away urgently and take cover. They projected that a second explosion was possible. The spokesperson later tweeted that no French soldiers or diplomats had been hired at Abbey gate and sympathised with the victims.

Pentagon Press Secretary John Kirby confirmed the news of the explosion on his official Twitter handle. "We can confirm an explosion outside Kabul airport. Casualties are unclear at this time. We will provide additional details when we can," he wrote.

The explosion comes a couple of days after intelligence reports suggested that an ISIS attack was looming at the Kabul airport. Keeping this in view the US had issued an advisory, and also changed the pathway to reach the airport. In another tweet, the Pentagon confirmed another explosion near the Baron Hotel, while they also condoled the death of both US and Afghan civilians.

We can confirm that the explosion at the Abbey Gate was the result of a complex attack that resulted in a number of US & civilian casualties. We can also confirm at least one other explosion at or near the Baron Hotel, a short distance from Abbey Gate. We will continue to update.

Taliban fires at an Italian plane

Amidst the volatile situation in Afghanistan, Taliban terrorists have attempted to shoot down an Italian military transport plane that was evacuating people from Afghanistan on Thursday. Republic Media Network accessed information from a source at the Italian Defence Ministry and it was learned that shots were fired at an Italian military transport plane C130J Hercules as it flew out of Kabul airport.

Gunshots were fired while the plane was taking off from Kabul Airport with few journalists and 98 Afghan civilians. However, the pilot managed to avoid the shots. This is the first time that a military transport plane has been targeted in Kabul after the hostile takeover of Afghanistan by the Taliban.

WE RECOMMEND
Afghanistan crisis: France will stop Kabul evacuations by Aug 27, says PM Jean Castex
France to stop Kabul airport evacuations by Friday night
Britain 'not in the mood' to evacuate everyone out of Kabul post US' August 31 deadline?
Afghanistan: France to complete evacuation within 3 days, says 'extension depends on US'
COVID-19: France recommends booster dose for people aged over 65 as Delta variant spreads