Kazakhstan on Oct 13 will be hosting the international conference on “ways to achieve the goals of the Paris Agreement and carbon neutrality of Kazakhstan”. 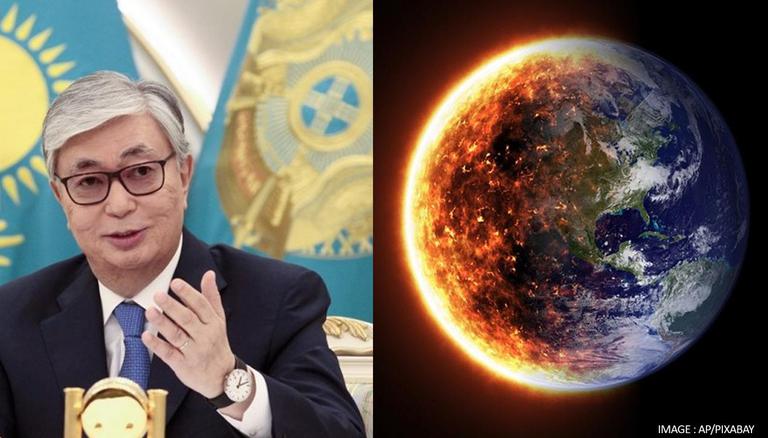 
Kazakhstan Presidential Press Secretary Berik Uali has informed that the capital city of Nur-Sultan on Wednesday, 13 October, will be hosting the international conference on “ways to achieve the goals of the Paris Agreement and carbon neutrality of Kazakhstan”. In a Facebook post, Uali said that Kazakhstan President Kassym-Zhomart Tokayev will take part in the event and will deliberate on various way to achieve carbon neutrality by 2060. The conference will also be attended by high officials, international experts, business and civil society, financial institutions, development partners and media representatives.

“The purpose of the event is to discuss Kazakhstan's ways to achieve carbon neutrality by 2060, priorities of economic and social opportunities and the importance of spending significant funds to move to carbon neutrality,” Uali said.

The Paris Climate Agreement is the first global climate agreement signed by over 190 countries in 2015. It is a legally binding global treaty to tackle the issue of climate change that, according to experts, is at an alarming level. The Agreement had tied the parties to achieve an ambitious goal of limiting global warming to well below 2, “preferably to 1.5 degrees Celsius, compared to pre-industrial levels”.

The agreement does not imply a complete phase-out of fossil fuels. But all parties must take measures towards the reduction of emissions, technological re-equipment, and adaptation to climate change. The accord is a landmark in the multilateral climate change process because for the first time ever, it has bound all nations into a "common cause to undertake ambitious efforts to combat climate change and adapt to its effects".