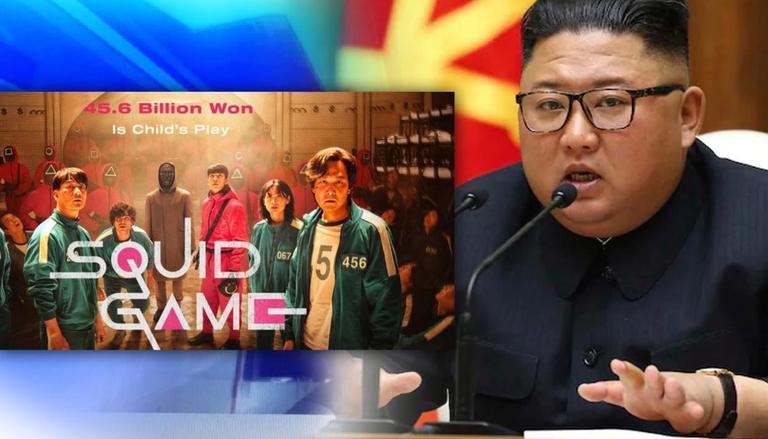 
North Korea’s supreme leader Kim Jong Un and other senior officials of the secretive nation are probably “thrilled” about the recently released Netflix’s hit show Squid Game, suggested several experts in the region’s political circle as the popular series portrays the country's immediate neighbour, South Korea in an extremely unflattering light. According to the experts, North Korean officials must be happy about Squid Game’s release also because the show has underscored how ultra-competitive capitalism has entirely conquered and it also exerts negative influence over the common people.

In an interview with the New York Post, Michael Madden, a non-resident fellow at US-based think-tank The Stimson Centre, said, “Kim’s got to be thrilled at how South Korea is being depicted to the world. He’s always railing about the influence of the West and consumerism and of South Korean and American society. He’s got to be loving Squid Game.”

Meanwhile, as per a report by Sputnik, another political expert and author of ‘Losing South Korea,’ Gordon Chang said that series such as Squid Game and Oscar-winning films such as Parasite undermine the faith that South Koreans have in their own government. Simultaneously, he suggested that such shows and movies add a certain appeal to the pledges of North Korea’s communist party to an extent that some people favour reunification with the North.

Chang reportedly said that the filmmakers such as Parasite’s Bong Joon-ho “make South Korea look horrific – even though it’s really not that bad — and the North Koreans love this and are taking advantage of it. They all think they’re involved in this existential struggle.”

Shortly after the unexpected success of the hit show Squid Game on Netflix, thousands of union workers wearing costumes featured in the series carried out a rally across the South Korean streets on 20 October demanding job security and wage hikes among others. The Strait Times reported that around 80,000 members of the South Korean Confederation of Trade Unions in 13 different cities in North Korea’s urban neighbour while also going on a strike.

The demonstrators dressed in Squid Game attire called on the South Korean government to introduce better working conditions for the irregular worker’s song with a minimum wage hike. It is pertinent to note that Squid Game, directed by Hwang Dong-hyuk tells the story of several hundred people who are heavily indebted who agree to take part in children’s games to win a prize of 45.6 billion won ($38 million). Failure in any stage means death.