As soon as the US military left Afghan's largest airbase in Bagram, looters stole laptops and gas canisters from the base. Some of them have been arrested. 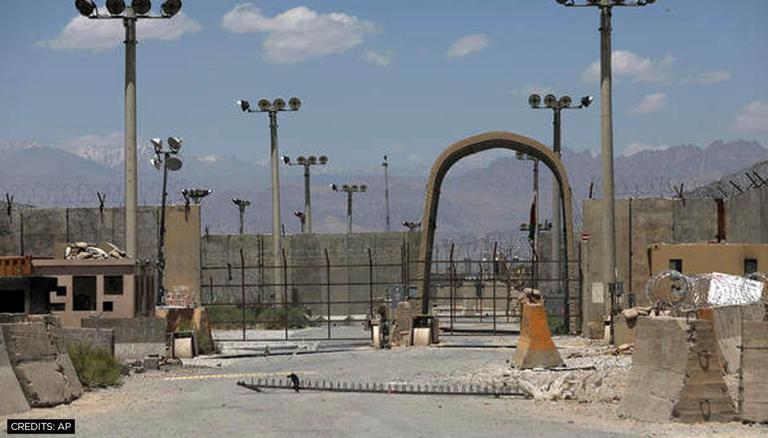 
As soon as the US military left Afghan's largest airbase in Bagram, looters rushed in and stole laptops and gas canisters from the base. As per reports by New York Times, chaos erupted as the US withdrew from the base overnight without any coordination with local officials. Some of the looters were even stopped and arrested, while the base has been cleared, said  Darwaish Raufi, a district administrator for Bagram.

As per the authorities, the 'Americans left without ant coordination with Bagram district officials'.

"Unfortunately the Americans left without any coordination with Bagram district officials or the governor's office. Right now our Afghan security forces are in control both inside and outside of the base," added Darwaish Raufi to the Associated Press.

The Afghanistan base was easy to target for looters to ransack following the US pullout.

After Afghanistan accused the US army of not coordinating with district officials, Col. Sonny Leggett, a spokesperson for the US-led coalition in Afghanistan, argued that the withdrawal was "closely coordinated," reported the Times. The Bagram region is now under the control of the Afghan military. The US withdrawal from Bagram came almost three months after President Joe Biden announced an end to the "forever war" in Afghanistan.

READ | Concerns over fate of Afghan Women as US withdraws

After the U.S. military left Bagram Airfield, the epicenter of its war to oust the Taliban and hunt down the al-Qaida perpetrators of the 9/11 terrorist attacks on America, the airfield was handed over to the Afghan National Security and Defense Force in its entirety. Even after the Taliban have sought to encourage Afghans to stay in the country, promising they have nothing to fear from them, concerns remain over how women and girls will be treated once the US withdraws. Afghans are reportedly worried that the international forces leaving a country are deeply impoverished, on the brink of another civil war and with worsening lawlessness that terrifies some more than the advancing Taliban.

US President Joe Biden has promised that the country's military presence in Afghanistan will be completely withdrawn by September 11 (anniversary of 9/11 terror attacks).