French President Macron said that Australia could stoke a "nuclear confrontation" with China if the Australian government sticks to the AUKUS agreement. 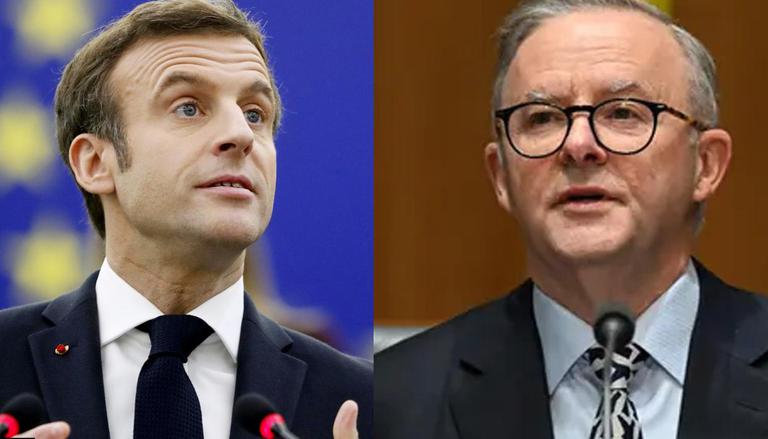 
French President Emmanuel Macron stated that Australia could stoke a "nuclear confrontation" with China if the Australian government tries to acquire nuclear submarines under the AUKUS pact.

This remark came a day after Macron met Australian Prime Minister Anthony Albanese on the sidelines of the G20 Summit in Bali, where Macron expressed his dissatisfaction over former Australian PM Scott Morrison's decision to scrap the $90 billion French Naval Group submarine contract.

While speaking in Bangkok ahead of the APEC leaders' meeting on Thursday, French President  Macron said that he had helped Australia achieve "freedom and sovereignty" through the submarine deal, per the Sky News report. "We were helping and accompanying Australia in building a submarine fleet in-house, an industrial cooperation," he said.

"So it was both industrial cooperation and giving sovereignty to Australia because they will maintain the submarines themselves, and it is not confrontational to China because they are not nuclear-powered submarines." He further added, "But the choice made by former Prime Minister Morrison was the opposite: re-entering into nuclear confrontation, making himself completely dependent by deciding to equip themselves (with a) submarine fleet that the Australians are incapable of producing and maintaining in-house."

It is pertinent to mention here that the relationship between Australia and France soured after the Australian government signed the AUKUS deal with Washington and London. Further, Australia also cancelled its Future Submarine Program (FSP). Under the FSP, Australia was supposed to buy 12 submarines worth €56 billion ($57.2 billion) from the France Naval Group. This decision irked the French President, who later criticised the Australian leadership over the cancellation of the deal.

Meanwhile, Australian Prime Minister Anthony Albanese on Friday stated that despite the French government describing the AUKUS deal as a "confrontation with China," he will remain committed to building a fleet of submarines powered by United States nuclear technology. "We are proceeding with the AUKUS arrangements; there’s nothing ambiguous about it," Albanese told reporters at a Bangkok summit that Macron is also attending.