A man sparked hilarious reactions online after his DIY home renovation idea failed. Picture of Robert McFarlane’s head popping out of the ceiling was posted by his girlfriend, Ashleigh Poulter,  who took to Facebook to post images of the epic DIY home renovation fail. The picture has since then garnered than 3,000 likes.

"We're in the middle of renovating our house. I spent all morning cleaning up the dust from taking out the stairs, within two actual minutes of me stopping, he falls through the ceiling and well... you can imagine the dust," she wrote along with the post. Later in a follow-up post, she revealed that he was absolutely fine and they both had a laugh about it. 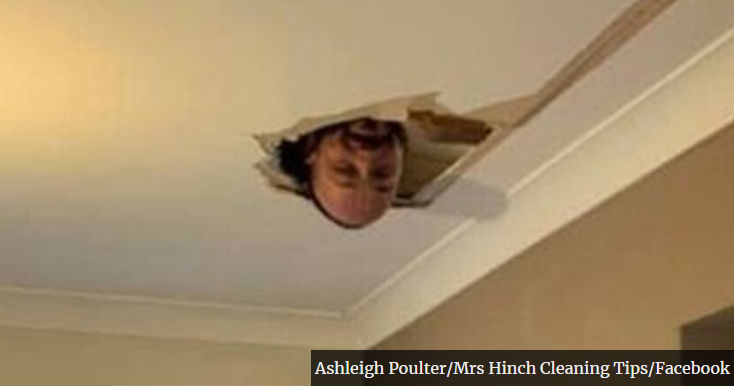 The images posted on a Facebook group ‘Mrs Hinch Cleaning Tips’ sparked hilarious reactions. While many have posted hysterical emojis others poured their sympathies for the man. Some even took the chance to recounted their own DIY tales of woe. 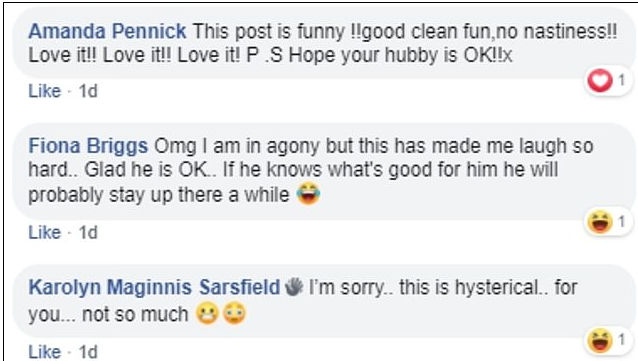 In another incident related to ceiling, a son decided to prank his father by sticking his belonging day-by-day to the ceiling and making him think that he was losing his mind. The son also documented the whole thing and posted the photos on the internet. In the post, he further mentioned that he would add another of his possession every day until his father noticed.

As soon as the post went viral, several internet users also got hooked to the prank and wanted to know what object was going to make it to the ceiling next. On the first day, the Reddit user 'SeamanTheSailor' glued his father's spectacles on the ceiling. On the second day he went ahead and stuck his father's phone clip and the following day, he added a shoe. The fourth day, he stuck the TV remote. In one of his post he also mentioned that when he tried to stick the shoe, it kept falling down, however, he somehow managed to put it up on the ceiling by rethinking his strategy.

While some internet users wondered why did the ceiling appear to be upside down, others also suggested that he should write notes with hints. One internet user wrote, “Well how is he going to see? His glasses are up there”. Another user wrote, “I find this pure evil and fully endorse it”. In the last post, the user posted a photo of an empty ceiling as well and wrote, “Well boys it was a good run, but all thing must come to an end”.