Saudi female soldiers were seen dressed in khaki uniforms and monitoring the pilgrims who were visiting the holy sites during Hajj at Mecca. 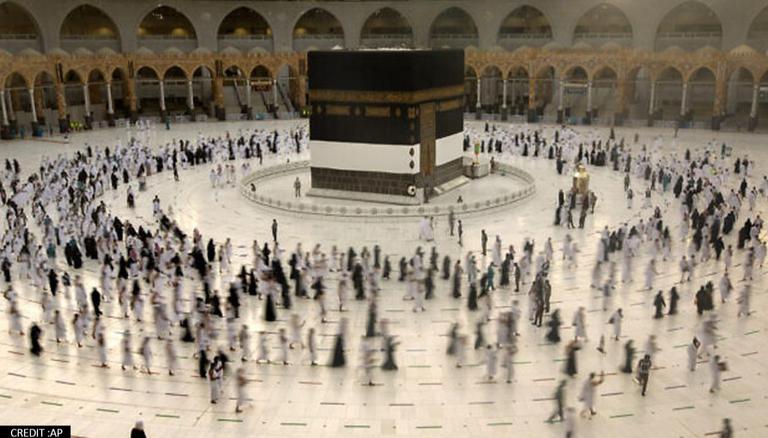 
In a first, dozens of female guards were seen as security services at Mecca and Medina, the birthplaces of Islam, reported ANI. As a big step towards empowering women, many female soldiers were seen dressed in uniforms and monitoring the pilgrims who were visiting the holy sites during Hajj.

Female guards as security services at Mecca and Medina

According to reports, Saudi female soldiers were seen standing as guards as thousands of Muslim pilgrims took part in this year’s Hajj. They were seen in military khaki uniforms and were effectively monitoring the security situation in the Grand Mosque in Mecca. Along with this, they were seen wearing a hip-length jacket, loose trousers, a black beret over a veil covering their hair.

Many Twitter users shared images from the sites and applauded such a step.

Over time, Saudi Arabia has lifted several restrictions on women and taken steps towards reformation such as lifting the driving ban on women, allowing women to travel, granting them control over family matters. Now deploying women as security services is a big step towards empowering women in Saudi Arabia.

Hajj, which is considered as one of the five pillars of Islam will end with Eid al-Adha or Bakrid celebrations. The Muslims are required to at least perform this ritual at least once in their lives. This year Eid-al-Adha started on 20 July, 2021, and concluded on 21 July, 2021.

The holy sites this year witnessed around 10,000 fully vaccinated Muslim pilgrims. Although, due to the ongoing pandemic situation, proper social distancing was followed and everyone was seen wearing masks. Usually, around 2.5 million people are seen visiting the sites, however, now things have changed a lot and only a limited number of visitors were seen.

Around 60,000 residents of Saudi Arabia have been allowed to perform the Hajj which is still a large number than the previous year, which only saw around 1,000 people taking part. Also, a special provision of the smart card has been issued for pilgrims and workers, giving them access to services, camps, hotels, and means of transportation.