Myanmar's Foreign Affairs Ministry extended the entry restrictions until November 30 in order to prevent the spread of COVID-19 in the country. Read on. 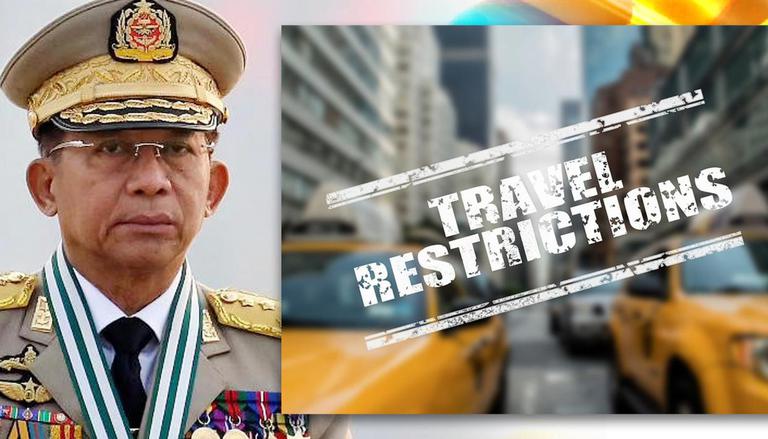 
In order to prevent the spread of COVID-19, the Myanmar government extended the entry restrictions until November 30. The country's Foreign Affairs Ministry stated that the entry of travellers, the issuance of all sorts of visas, and visa exemption services will be suspended until the end of this month, reported Xinhua news agency. Myanmar reported 877 new positive cases and 17 new deaths on Sunday, October 31, according to a statement released by the Ministry of Health. As of Monday, November 1, the number of COVID-19 infections had climbed to 5,00,950, with 18,714 deaths. So far, approximately 4.88 million samples have been tested for COVID-19, and 469,218 patients have been discharged from hospitals, stated the health ministry.

According to the Health Ministry, over 7 million people have been fully inoculated in the country, and over 6.19 million people have received their first shots. The State has been slow to tackle the disastrous spike in COVID-19 cases since mid-May 2021, owing to a prolonged power instability caused by the change of political reigns in the country since the military seized control in February 2021. According to reports, the military's carelessness in the face of the pandemic had left many people suffering at home after failing to secure a bed at military-run facilities.

Myanmar had, by and large, contained the devastating second-wave of the pandemic under the ousted leader Aung San Suu Kyi by putting harsh restrictions on travel, closing off Yangon, prohibiting election campaigning in virus hot zones, and enforcing lockdowns wherever necessary. Meanwhile, last week, Christine Schraner, the UN Secretary General's Special Envoy to Myanmar, stated that a  "civil war" has spread across Myanmar and the international community should consider measures to replace the military junta's leaders with people who are more constructive and want to find a peaceful solution to the ongoing crisis. Earlier in July, she asked Vice Senior General Soe Win, the deputy commander-in-chief of Myanmar, for an all-inclusive discussion, but received no response and hasn't heard from the military since September, reported The Associated Press (AP).