Myanmar's military-led government dismissed the reports claiming its troops were involved in killing 11 civilians in the country's northwestern region. 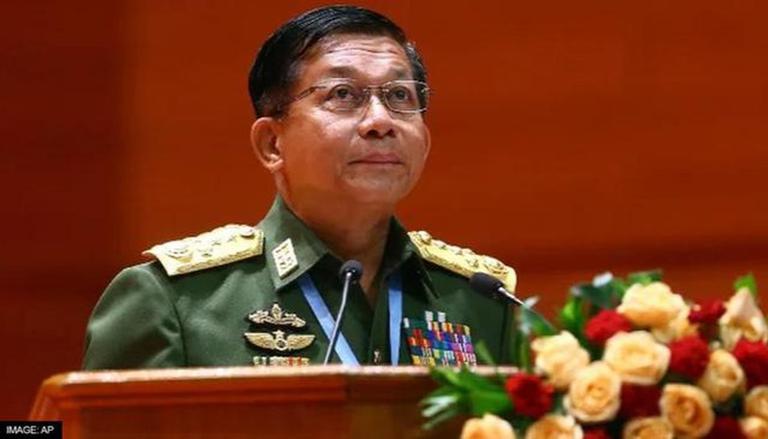 
Myanmar's military-led government dismissed the reports claiming its troops were involved in killing 11 civilians in the country's northwestern region. On Thursday, December 9, it was reported that the military junta tied the hands of civilians at Done Taw village of the Sagaing area and set them on fire in apparent response to an assault on a military convoy, as per the Associated Press (AP). However, the government termed it "fake news" and claimed that it was a "conspiracy" against the security forces. The denial comes after the opponents of the military junta demonstrated a "silent strike," with citizens staying off the streets in cities and towns.

According to a report published in Myanmar's state-run Global New Light newspaper, "the nation-destroying media" circulated a video that distorted the massacre as being carried out by Myanmar security forces.

"The initial on-ground investigation revealed that such a video file was not at all related to undertakings of the Tatmadaw (the formal name for the country's military) and that it was a conspiracy to tarnish the image of the Tatmadaw," the report stated as reported by the AP.

The report further stated that the video was widely circulated on social media because of a conspiracy involving local and international ties. However, it did not give any details about the killings.

Meanwhile, Myanmar's independent media, which has been forced to work underground due to government limitations, reported the killings based on interviews with the people in the region. According to their reports, the massacre was carried out in response to an attack on government forces by members of a local unit of the People's Defense Force, a lightly armed militia that opposes the military junta in the country. Since the army deposed Aung San Suu Kyi's democratic government in the month of February, there has been broad and consistent opposition to military rule. The security forces personnel have also resorted to lethal force to suppress nonviolent demonstrations in the country.

Military junta claims its takeover was not a coup

It is pertinent to mention here that the Myanmar junta, which claims to be Myanmar's legal government, asserts that its takeover was not a coup, but a vital and legal response to "danger to sovereignty" posed by Suu Kyi's party. According to data from the Assistance Association for Political Prisoners (AAPP), almost 1,200 people have been killed since the military takeover took place in February. Following the military's seizure of power, tens of thousands of people were detained during brutal protests in the country.