Myanmar Junta Backs China, Asks US 'not To Blame Countries' Amid Spat Over COVID Origins

Criticising the US-based research, the military leadership said that "it should not blame or put political pressure on other countries." 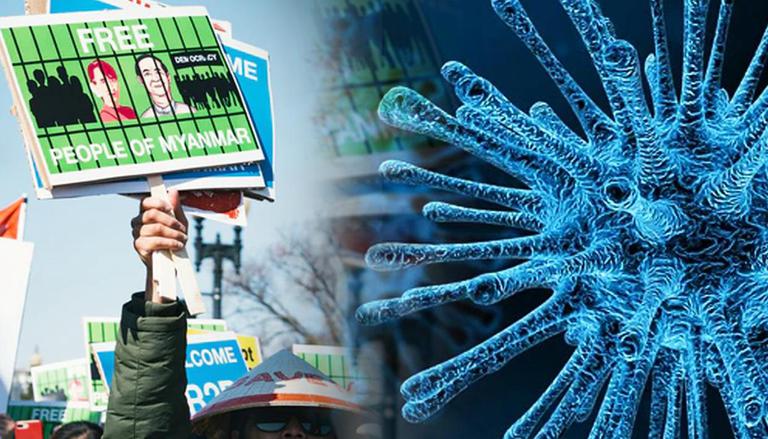 
As China refuted claims of the United States' COVID-19 origin tracing reports, Myanmar Junta has decided to extend support to Beijing on the issue. Criticising the US-based research, the military leadership said that "it should not blame or put political pressure on other countries." Beijing also lodged solemn representations with Washington terming the report as "completely political and have no scientific credibility," ANI reported quoting Chinese Vice Foreign Minister Ma Zhaoxu.

China strongly lambasted the US' process of virus tracing. Vice Foreign Minister Ma strongly urged the US to "stop poisoning" the international cooperation and return to the "correct path" of scientific origins tracing and cooperate in the battle against the pandemic. Following the Chinese statement, Myanmar's military leadership also requested the countries to beef up cooperative measures to accelerate the fight against the novel virus. It urged the world powers to unite for vaccine production and ensure equality in access and assistance to the other countries, local news media Irrawaddy reported.

As per reports, Myanmar Junta's attempt to display support was a warm gesture to thank Beijing for bulk COVID-19 vaccine supplies and political purposes. "The Junta may simply have wanted to please it's not the neighbour to return for the protection that paging has provided it on the security council by waiting for critical resolutions by the West," ANI reported citing the SouthAsia news website.

On the other hand, China strongly backs the Myanmar military junta solely to "protect Chinese interests," and ensure the elimination of foreign entanglements, said Chinese economic analyst Antonio Graceffo. Beijing is unmoved by the global consensus and Myanmar's domestic opposition. This has led to a continued bolstering of trade and diplomatic ties with the military leaders amidst the ongoing international condemnation. After a thorough "fundamental assessment", China believes that the military regime that toppled the Aung San Suu Kyi government is "here to stay," Yun Sun, Myanmar-China relations expert with US Stimson Centre told Financial Times.

An addendum published by the US Republicans claimed to have 'ample evidence' to prove that the novel Coronavirus was leaked from a Chinese research lab. Republican House Representative Michael McCaul took Twitter to publish his study 'Origins of COVID-19,' which was released in September 2020. The theory has prevailed since February 2020, when the outbreak began to spread from Wuhan to other parts of the world.

The addendum outlined evidence that pointed to the Wuhan Institute of Virology (WIV) as the source of the outbreak. It also mentioned some of the many steps the researchers at the WIV along with Peter Daszak of EcoHealth Alliance took to cover up the research conducted there. "As we continue to investigate the origins of the COVID-19 pandemic, I believe it’s time to completely dismiss the wet market as the source of the outbreak. Instead, as this report lays out, a preponderance of the evidence proves that all roads lead to the WIV,” Rep. Michael McCaul stated in his report.