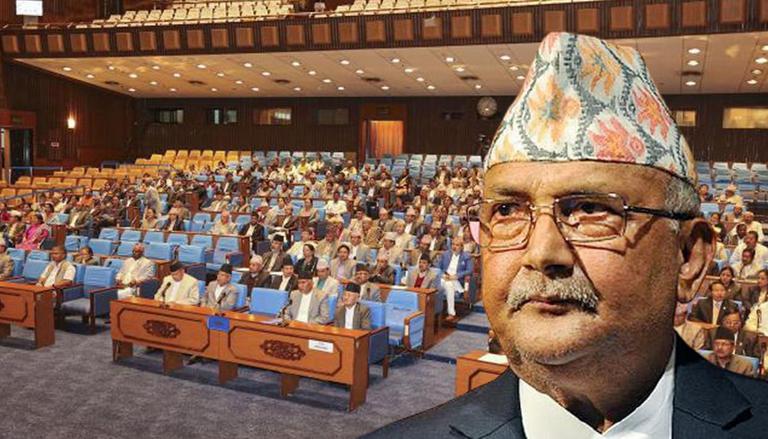 
Nepal's Prime Minister KP Sharma Oli is expected to seek a vote of confidence in the House of Representatives on May 10 to prove that he continues enjoying majority support in the lower house after the CPN (Maoist Centre) led by Pushpakamal Dahal Prachanda withdrew support to his government.

A special session of the lower house of Nepali Parliament has been called for Monday when Prime Minister Oli will attempt to secure confidence votes of the 275-member house to prove that he enjoys majority support within the government to sustain power and consolidate his grip in the party.

CPN-UML currently has only 121 members in the lower house. However, Oli will hope to garner a majority in the trust vote session with support from other fringe parties at a crucial time such as this.

However, unnamed sources close to the Nepal Communist Party (NCP) which is led by Madhav Nepal who commands the support of 22 Parliament members, has threatened to tender en masse resignation before the key voting takes place.
Several other parties such as the Janata Samajwadi Party has decided to remain neutral and abstain from voting, while CPN-UML's primary rival party Nepali Congress has already decided to vote against KP Sharma Oli.

Notably, Nepal plunged into a political crisis in December 2020, after its President Bidya Devi Bhandari dissolved the House and announced fresh elections on April 30 and May 10 at the behest of Prime Minister Oli, amidst a power tussle within the ruling NCP.

Ahead of Nepal's scheduled vote of confidence, as many as 26 members of Parliament have tested positive for COVID-19. The Parliament Secretariat's spokesperson Rojnath Pandey spoke to news agency ANI and stated that 'over 200 honourable Members of Parliament underwent a test for COVID-19, out of which 18 tested positive. Eight MPs, who had undergone tests on their own, were also added to the list that takes the total number of infected members in Lower House to 26.'

Rojnath Pandey chimed in on the scheduled voting on Monday and explained, 'We are holding talks with health experts about possibilities and arrangements that can be made for corona virus-infected Members of Parliament. House Speaker and health officials are working on a possible way. We want to ensure the voting right of every lawmaker on Monday's floor-test.'