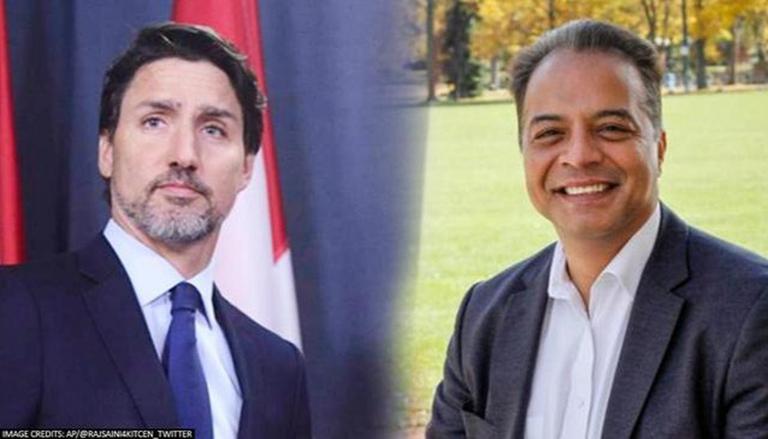 
Canada's sitting Liberal Party MP Raj Saini on Tuesday denied allegations of sexual misconduct as he told Canadian press reporters that he has “never acted inappropriately towards female staff.” The southwestern Ontario candidate was earlier allowed to seek re-election for his third term as an MP despite reports of his sexually inappropriate behaviour towards the young female staffers emerged. Saini was also explicitly supported by the Canadian Prime Minister Justin Trudeau even when these serious allegations against the minister of his liberal party caucus were revealed.

“I have never acted inappropriately towards staff or constituents,” a statement issued by Saini’s office, accessed by CBC read on Tuesday.

“Seven sources with knowledge of the claims described four different cases where Saini allegedly made unwanted sexual advances or inappropriate comments,” CBC reported earlier on Tuesday, adding that a former senior staffer filed a complaint at the Canadian Human Rights Commission Office seeking justice. The ex-employee under the Indo-Canadian MP Saini alleged that Saini made 'unwelcome advances' towards her in his office and that his harassing behaviour had caused her severe mental distress, pushing her to make attempts of taking her own life in March 2020. The ex-female staffer questioned his party for letting the minister campaign again under the Liberal banner in Kitchener Centre.

"That's pretty devastating to me, knowing what I have gone through and that I've raised concerns over the last more than a year and a half," the former senior staffer was quoted saying by Canadian press CBC. ”It's disturbing to me, It’s also concerning to me that it could continue to happen to other people,” she added.

Despite that the Canadian leader Trudeau has maintained the zero-tolerance policy towards workplace harassment and misconduct, the latter appeared to demonstrate the partisan bent towards Saini, saying that there have been 'rigorous processes undertaken that he has shared the details of.' “We know that it is extremely important to take any allegation seriously, which we certainly have, and we always will because everyone deserves a safe workplace,” he told a presser on Tuesday before being hounded by reporters about his 'different attitude' towards his own candidate of facing sexual misbehaviour allegations.

Raj Saini, the native of India’s Himachal Pradesh, has been the MP for the riding of Kitchener Centre in the province of Ontario for over six years. He was elected in 2015. “I know Mr Saini has shared the details of all the processes that have been undertaken in his office because it’s really important that we respond to any concerns and issues brought up,” Saini’s party leader Prime Minister Justin Trudeau told reporters.

Sexual harassment complaints against Trudeau’s MP Saini date back to as far as December 2015, when at a holiday gathering at the downtown Ottawa convention centre he allegedly demonstrated inappropriate sexual advancement towards at least four female staffers in the presence of former MP Marwan Tabbara, a now-ousted friend of the Liberal MP. The 35-year-old Ontario Member of Parliament Tabbara had resigned from the Liberal caucus after facing serious criminal charges of sexual assault. He was charged with two counts of assault, one count of break and enter and commit an indictable offence, and one count of criminal harassment.